Interview of the Federal Commissioner by the Lithuanian Association 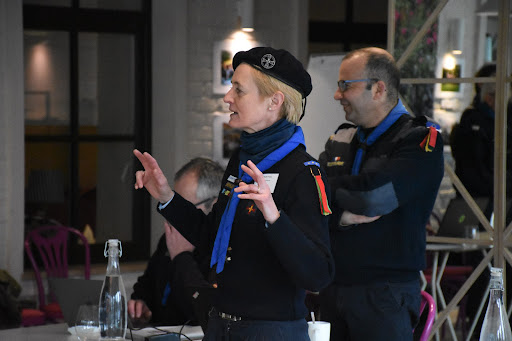 At the end of March, all commissioners from all the different countries gathered in Vilnius, Lithuania for an Extraordinary Council. We couldn’t miss this opportunity to talk with our organisation’s federal commissioner Nathalie Flama. We were intrigued to hear more than the history and organisation’s creation. So we are inviting you to take a few minutes and enjoy reading our Federal Commissioner’s thoughts and insights about the bonds, brotherhood and sisterhood and overall experiences in Europe scouts organisation. 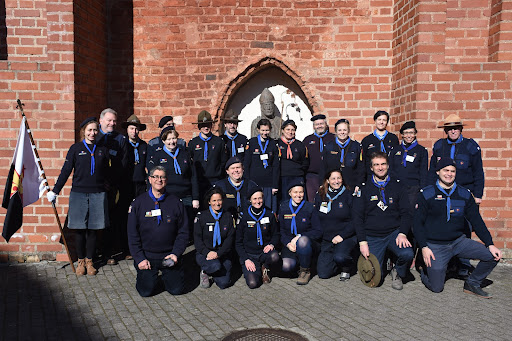 How was the Scouts of Europe organisation founded? And how was it different from others?

In 1956 November 1st, there was a gathering in Cologne (Germany). There were a few young students and scout chiefs from Germany and one from France. World War II ended not that long ago and they were simply drinking beer in some bar and thinking about a Scouting organisation consisting of different countries together. For a couple of days they worked so enthusiastically that they already started thinking about doing summer camps together, they already thought of our emblem (red cross and a lily).

Besides, they already thought about specific ideas and principles. After that, more people came and groups were formed. Let’s not forget, everything worked with all the ongoing difficulties of World War – Germany just lost the war, the country was broken down, not to mention all the financial problems. Hence Germans genuinely thought how they could bring peace by doing scouting and especially by bringing different nationalities together.

However, most importantly they were sure about going back to scouting roots like 50 years ago. Scouting in different countries after so many years has changed. In some countries it was more military, in others it got more political, some let faith go, uniforms became different. Additionally, they wanted to be international and Christian. 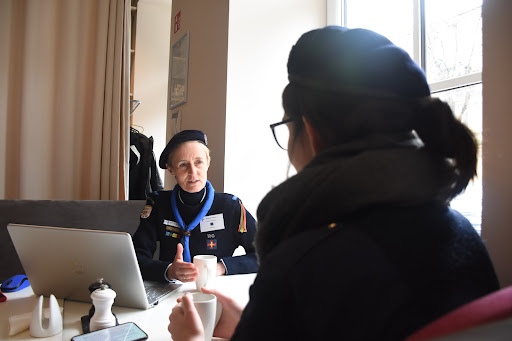 Where does brotherhood and sisterhood stem in scouting?

Brotherhood and sisterhood is what unites us – we share the same promise, the same Scout Law, the same faith. Therefore, when you connect with scouts who have the same values, you instantly have a stronger bond. Nevertheless, brotherhood and sisterhood starts in our scouting pedagogy – in Yellow Branch we are a big happy family, in Green Branch’s patrol systems and finally in Red Branch, where we are one team.

In that bar, back in Germany, they spoke about peace from the very beginning. However, peace starts in ourselves. You become who you are thanks to the relationships of the people who surround you. It allows every child and every youngster to feel confident with themselves and with others. It is what you live in your units, groups by. Most importantly, national gatherings are the significant sources where you feel the connections. For instance Eurojam – you come to the place, knowing nobody but still knowing them for the reason that, same as you, they sleep in tents, they made their promise, they have yellow, green or red ribbons – that’s brotherhood and sisterhood. Moreover, we are united by our main purpose of scouting – helping ourselves and helping others to walk to holiness. Each of us are walking our own paths even though the challenge, willingness and destination are the same. 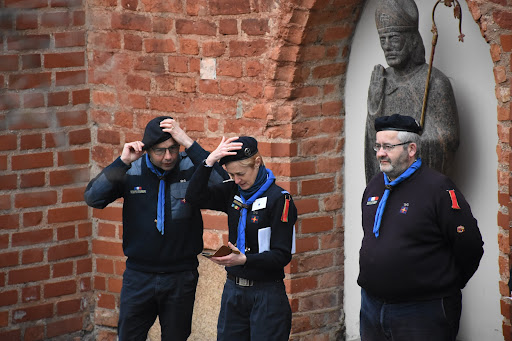 Why do people outside of Europe want to join us?

I’m sure in the beginning Europe scouting founders didn’t expect that. During the war, masses of people fled Europe, however they still had their heritage. Now we have the Internet to connect us all. For example Paul (one of the people who brought Europe scouts to America) – he compared our scouting with scouting in his country. He was more drawn by our way of living, our values and our way of scouting. And now the same is happening in Brazil, Mexico.

They see European values or in other words Christian values. They see how they want to educate their children. Also in North and South America they have scouts saying they’re catholic but not going to church, whereas we as Europe scouts are genuinely practising faith in our activities. They also saw that our purpose is to do scouting as B. P. intended. Such as the patrol systems, responsibilities, educating girls and boys separately and wearing the same uniforms. So they got in contact with UIGSE and started a new association. This growth even outside Europe convinced us that we are doing well. Because we could change as a lot of scouting movements are changing.

What is unity in scouting to you?

Now as a Federal Commissioner I meet a lot of new people that I have never met. However, for me they are not strangers. Even if I haven’t met you before, I still know you. I understand how you think and how you live – we have the same uniform, we’re both in a red branch, you’re Catholic, we share the same values. For me that is like a friendship without truly knowing each other.

My first educators were my parents, but in scouting I really became catholic. I became the woman that I am today by serving, by being a mother, by being in touch with people. Thanks to scouting I really am who I am, it’s part of my DNA now. I am the same person everywhere, with or without the uniform. I learned in scouting that even when I’m drinking a glass of beer in a cafe I’m still Nathalie. Through our pedagogy you learn to make choices, say yes when you really mean it. We learn to reflect on our actions, ourselves and to weigh our possibilities instead of saying yes or no. 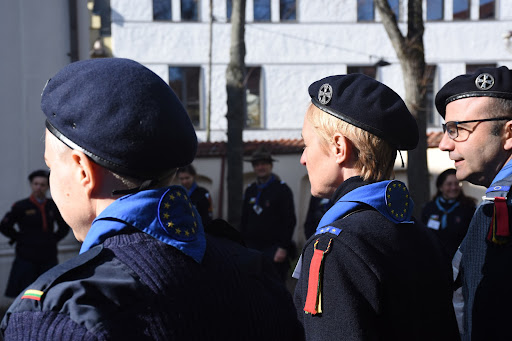 What would you say to those who are thinking about joining our organisation?

It’s complicated to convince people to follow us. I remember when I was a young leader I had friends who said “Wow, is it in scouting that you learned and you became who you are?” We can motivate people the most by simply being ourselves. Then they want to follow our example and accompany us. Father Sevin said that when we are not wearing our uniform, our uniform is our smile. So even without our uniform we are still scouts. In addition, when we finish our studies, when we look for a job and our employers see that we are scouts, they know that we are responsible, we take initiatives, we can lead a team, work with different people, we have a sense of humility, we are able to face challenges. Nevertheless, old people, children are on their screens, not going out, not seeing nature. As a wolf, a member of a patrol or your team, you learn to take every given opportunity and to live the adventure.