Routes in the Northern Province of Brazil

The Brazilian Catholic Scout Movement is located in the Diocese of Bishop Dom Dominique You, in Conceição do Araguaia, in the State of Pará.

Bishop Dominique Denis You, Diocesan Bishop, in his youth was a scout and Chief of the French and Italian FSE Association, of the International Union of Guides and Scouts of Europe – UIGSE-FSE.

On the weekend, October 23rd and 24th, the Clan Frei Gil de Vila Nova, from Conceição do Araguaia – PA, made its first Weekend Route. Starting on Saturday afternoon, they traveled 8 km after reading the Gospel of the day, a meditation on the spirituality of the Route in the life of the Rover, and praying the rosary.

After dividing all the material in the backpacks, under a light rain, they started the Route in pairs, giving them the opportunity to finish the holy rosary and share about their lives. Arriving at the place, the bonfire was promptly lit and the tents were set up. After dinner, there was a Testimony veiled, where everyone could share their experience of faith, their journey in the Church, and their participation in Scouting. 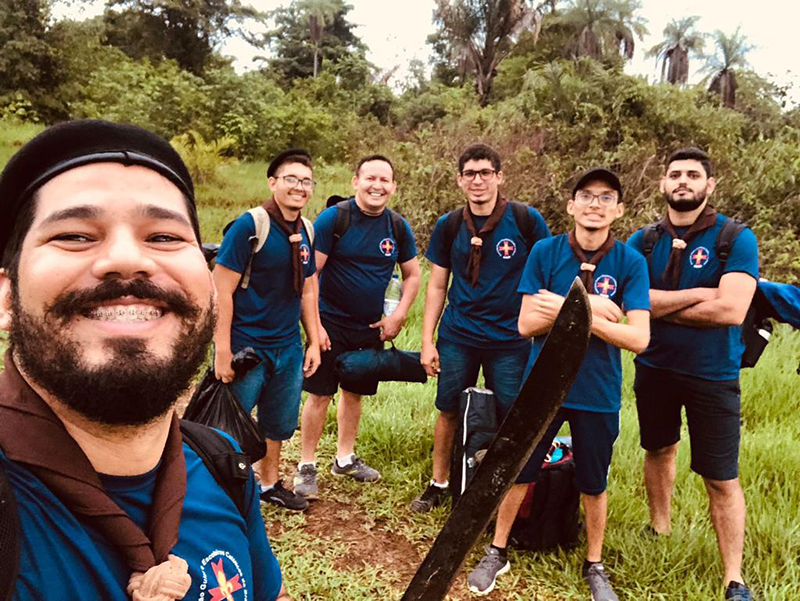 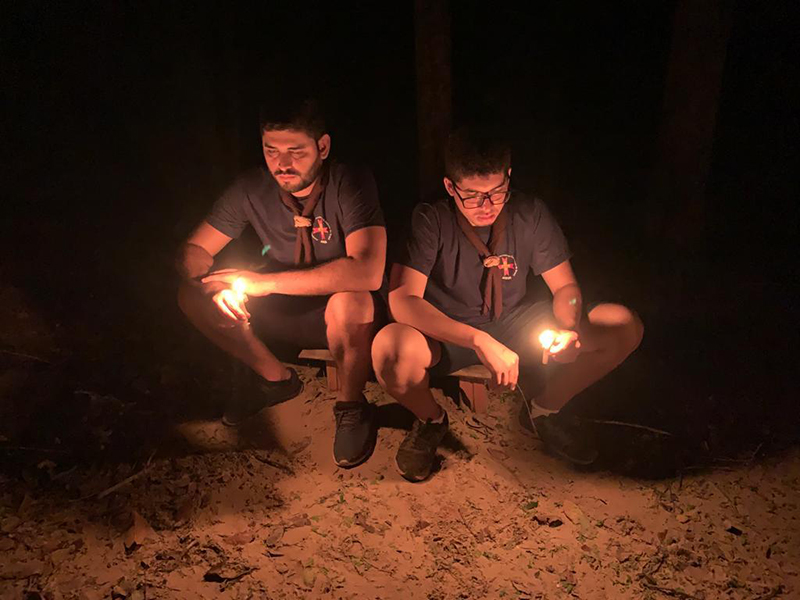 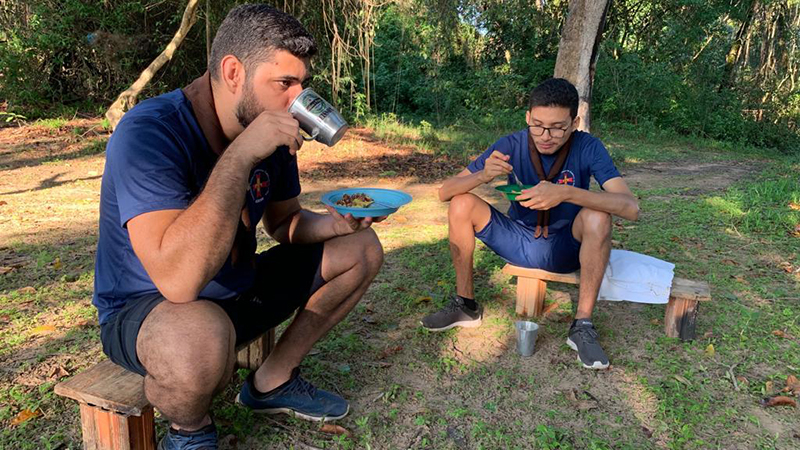 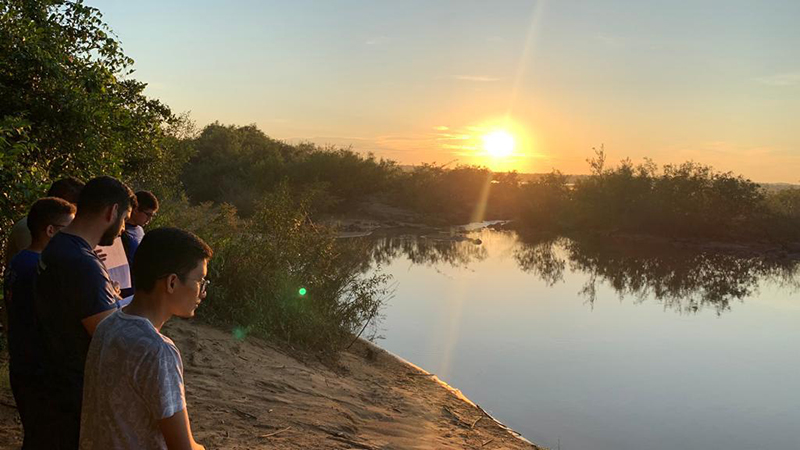 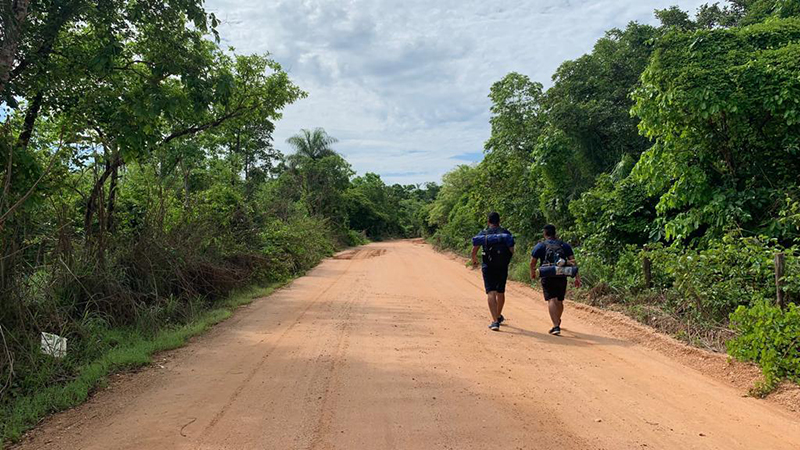 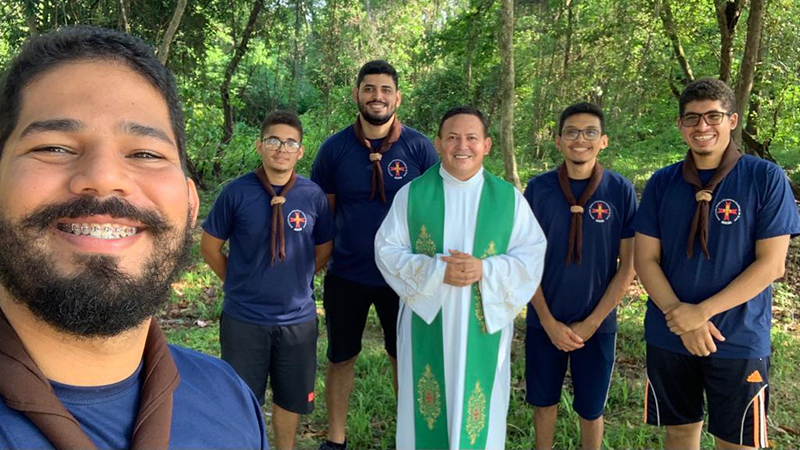 The next day, at dawn, they prayed Lauds on the banks of the Araguaia River. While a team was preparing breakfast, others were prepating the mass. Then everyone prepares for Holy Mass, presided over by the Religious Adviser Father Pedro Viana, Religious Adviser of the Clan and of the Group.

Right after the camp, the walk back started individually in silence, where each one meditated on which reading of the Holy Mass drew the most attention. Along the way, pairs were formed where they could share the experience of the Route and on the meditated reading.

Involved in scout techniques, prayer, fraternity, and sharing, they had the experience of living the route’s proposal: to meditate on the path they are following in their lives.

In the Flame, on the weekend of October 30 and 31, it was the turn of the Wayfarers  – Flame Imaculada Conceição. They experienced their first experience of Route. Due to the distance, the walk began with a moment of prayer and continued towards Farm Beira Rio. A route of 6.5km was experienced in silence, prayer, sharing, fraternity, contact with nature, and Scout techniques. 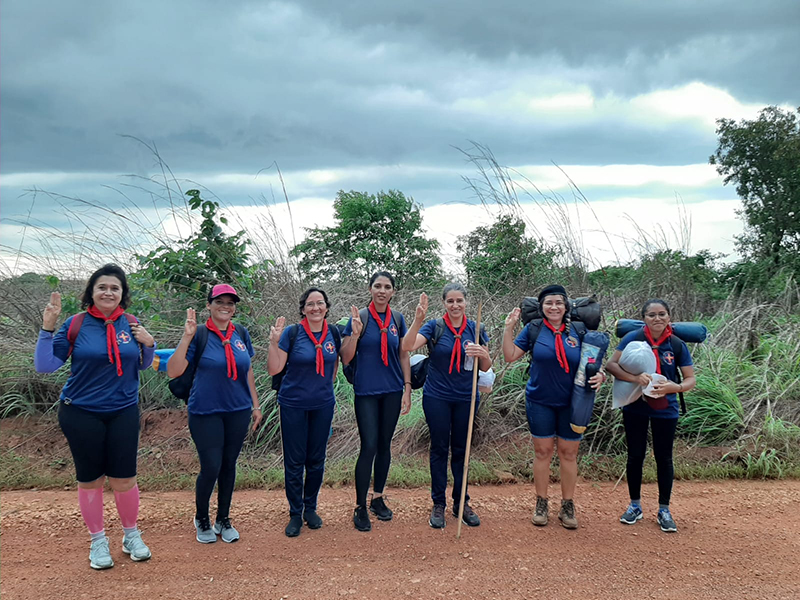 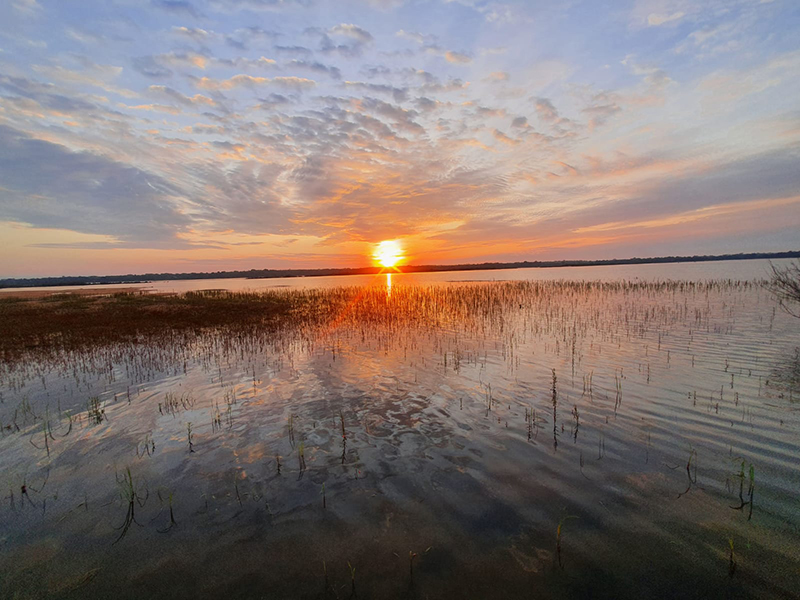 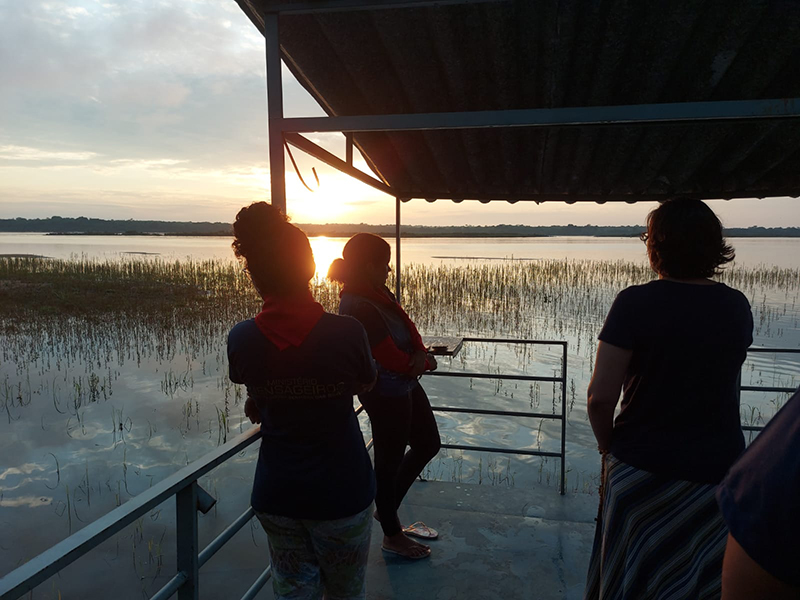 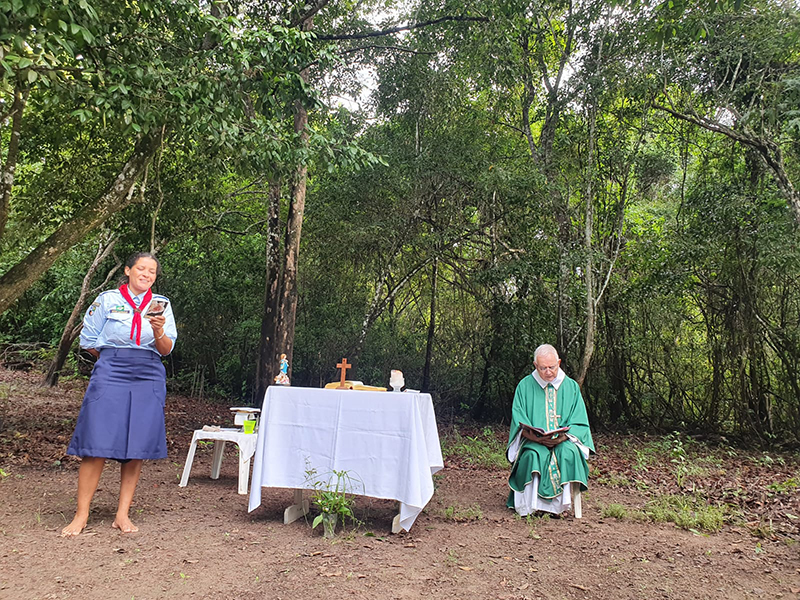 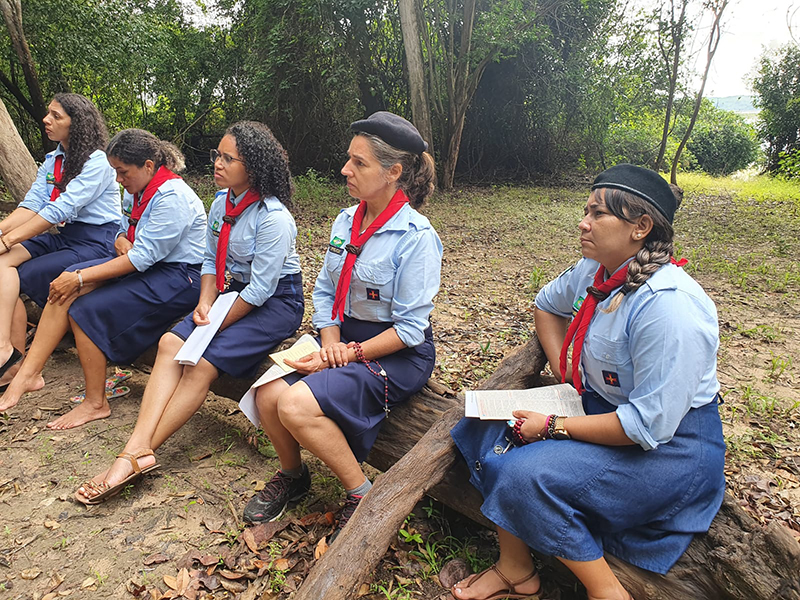 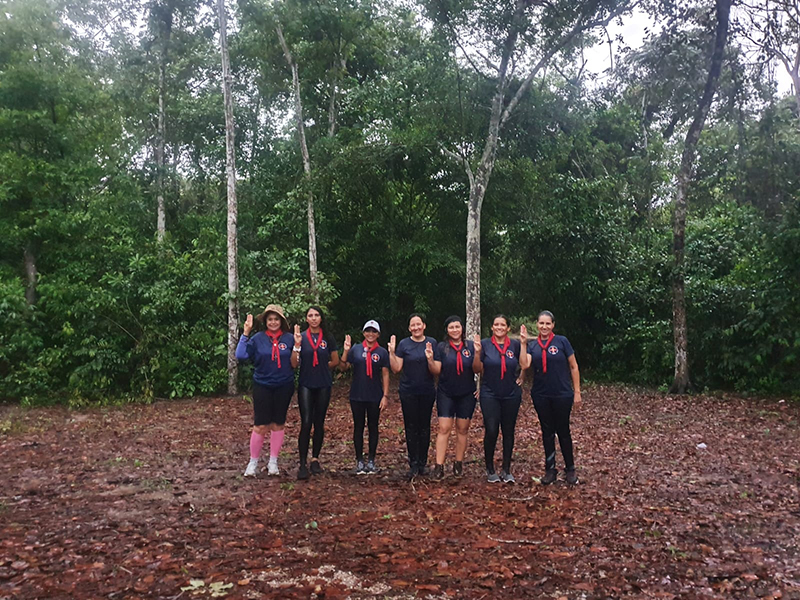 Great experience under the blessings of Our Mother Immaculate Conception!