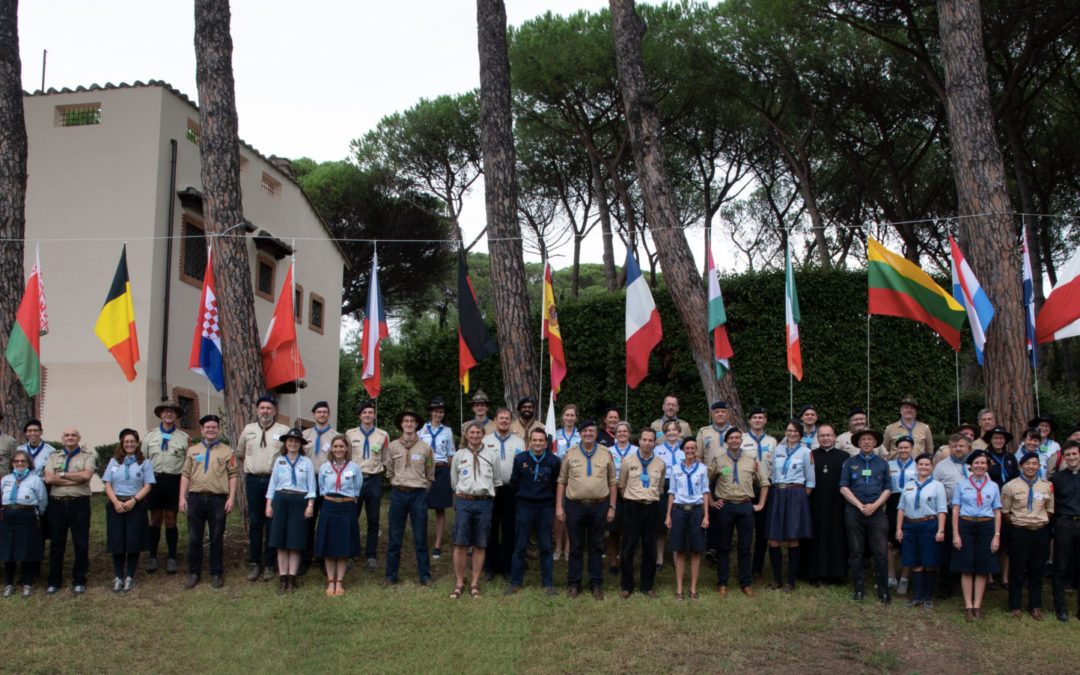 The Federal Council met in Rome on 2 and 3 October 2021 with more than sixty participants, mainly from Europe.

We were very well received by the Italian association at the Canossian Missionary Centre in Rome, a green and peaceful place with a view of Saint Peter’s!

The weekend began on Friday evening with a beautiful open-air adoration vigil to entrust this Council to the Lord.

The Council then began, dealing with the various topics on the agenda. In particular, the Federal Council approved the admission of the Ukrainian association as a fully recognised association within the Union. Congratulations to them!

Changes to the Federal Statutes and Internal Rules were also adopted, and resulted in the change of the status of the Federal Treasurer, who now becomes an elected member of the Bureau with a deliberative vote.

On Saturday evening, the Italians had organised, with the help of Roman Scouts and Senior Guides, a travelling evening to discover this beautiful city and the Roman culinary specialities, with entertainment and Italian songs strummed on the guitar. It put joy in the hearts…!

After the mass, the weekend ended with the lowering of the flags, the declaration of the new Federal Bureau at the final gathering, and an Ad Mariam Europa!

The new Bureau is ready to serve with enthusiasm!