The scout sees in nature the work of God 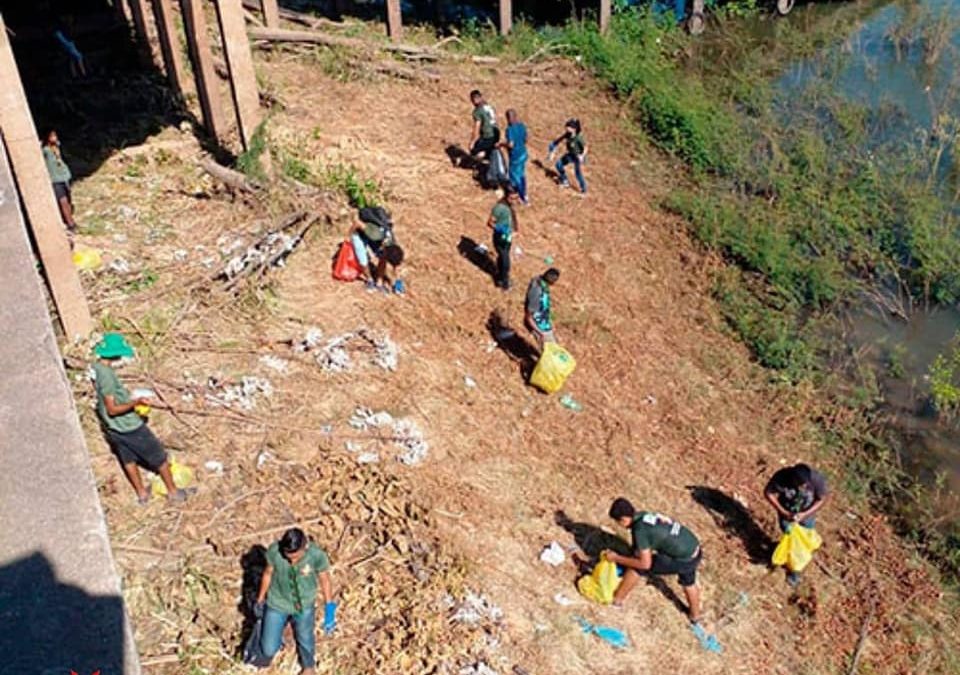 “The Scout sees in nature the work of God: he likes plants and animals .” (Article 6 of the Scout Law).

This Sunday 11th of July 2021, the Association of Catholic Guides and Scouts of Brazil (AGEBR), of the Northern Province, in partnership with the Trilha da Pesca de Marabá, promoted a Cleaning and Awareness action on the Marabá waterfront, on the banks of the Tocantins River.

The action consisted in the removal of rubbish (plastic, glass, metal and tyres) that was thrown below the waterfront, on the banks of the river, as well as educating the public about responsible consumption and disposal.

The Orla Sebastião Miranda Filho, receives a large number of people daily, and is one of the most beautiful postcards of Marabá. Tourists from various parts of Brazil and the world, and residents of Marabá frequent this place. We hope that with this action people become aware of the need to keep the environment cleaner, we believe we have done a good job of environmental education.

The concentration of waste on the banks of the river is very large, and we worked mainly on removing the micro-waste.

First we thank God for making this service possible. We thank all the Catholic Guides and Scouts of AGEBR, who participated in this action, and extend our thanks to Trilha da Pesca, who developed the project, which will have another stage, the project of planting tree seedlings in the area and releasing fish fry into the Tocantins River.