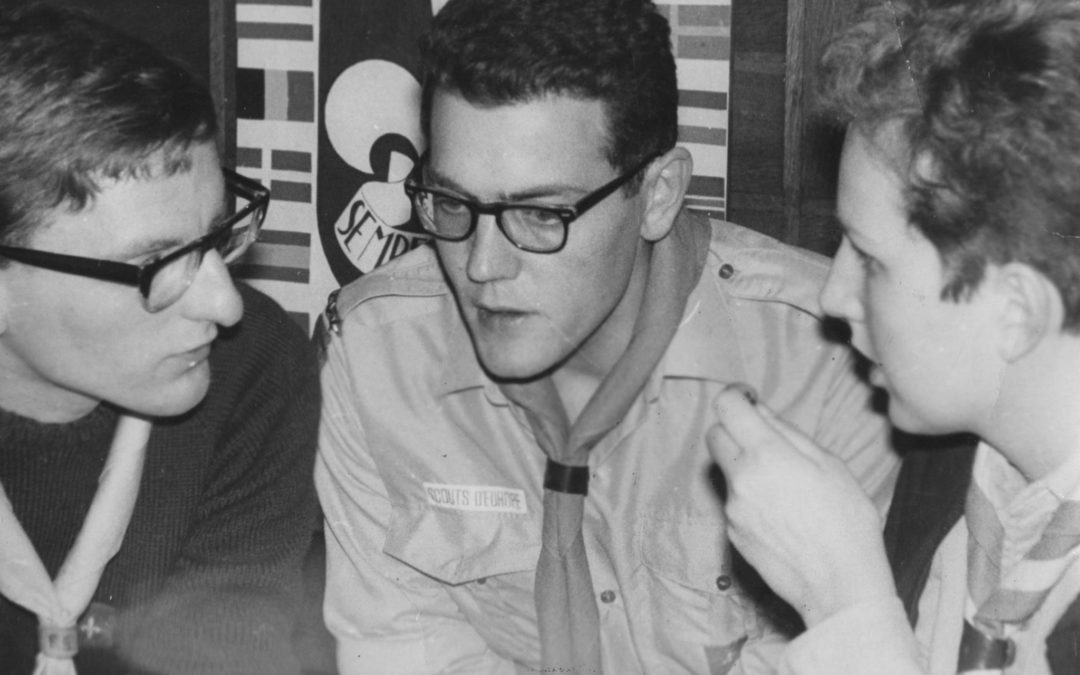 In these difficult times, when we are seeing the generation that built the movement disappear little by little, Gérard MAGNE was called back to God on April 7 at the age of 81.

Clan chief of the 179th Paris Scouts de France group, he joined the Federation of European Scouting in 1962. With Pierre GÉRAUD-KERAOD, he was one of the first to realise that the European Scout Movement initiated by Germany in 1956 in Cologne, a faithful to the spirit of the founders at the beginning of the century, could be a solution to respond positively to the crisis that French Scouting was experiencing at the beginning of the 1960s.

Concerned about the leadership training, he took charge of the first training camp of the French association. In May 1966, he was elected Federal Commissioner at Rotenberg Castle near Heidelberg.

Under his long mandate, thanks to his ability to listen, his uprightness and his humility, the FSE, which was initially conceived as a federation of associations, will gradually transform itself into a living international Scout community to the rhythm of one same ceremony inherited from Fathers Sevin and Doncoeur.

He chaired the board of directors of the French association from 1970 to 1977. Pierre GÉRAUD-KERAOD succeeded him as Federal Commissioner in 1977, Gérard holding the presidency of the Federal Council until November 1980, when he was replaced by Franco FRANCHI DE’ CAVALIERI.

He lies beside his wife Muriel in the small cemetery of Domrémy-la-Pucelle in Lorraine, close to the house where Joan of Arc was born.

“Take us out of existence
Happy and full of abandonment,
Like a boy scout after the holidays,
Goes home”.

Photo: Gérard MAGNE at the Brussels Federal Council in November 1969.