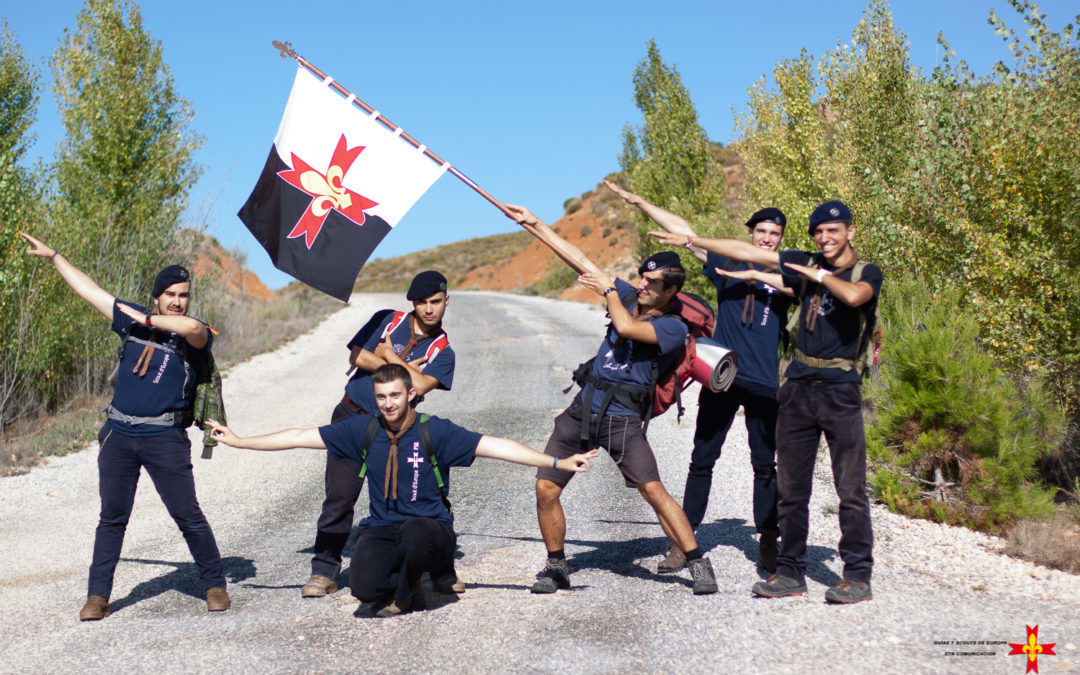 The National Road 2019 took place at the weekend of September 21st and 22nd. More than 160 rovers and rangers from all Spain could enjoy a lovely landscape and a totally unexpected good weather. Bruno Borde, the Federal Commissioner of the UIGSE, was present in the meeting,

The campsite was near the Monastery of Saint Mary of Olivar in Estercuel (Teruel) with a church from the sixteenth century. The heterogeneous region allowed to each clan and fire to choose their route among three main paths, according to their level of exigence.

The route started on Saturday morning with a Holy Mass, following to which the clans and fires started their day route in true scout style, as pilgrims: Rovers and rangers follow the example of the Emmaus disciples, being on the way and walking with Jesus. That’s the richness of the road: hiking with friends, but also meeting Jesus, enjoy funny discussions and games with your friends, but also find time for meditation, silence and prayer.

In the evening, a festive campfire took place on the theme of the history of Europe and the FSE, born in 1956 in Cologne. The day closed with an Eucharistical adoration, accompanied by the national scout choir, followed by the ceremonies of a rover departure and a senior guide commitment. Alvaro and Daniela gave testimonies about their path with scouting until their rover departure / senior guide commitment.

On Sunday, the General Assembly took place. Father Abraham Cruz was appointed as National Religious Adviser and the Federal Commissioner invested Jorge Hervás as General Scout Commissioner. The meeting closed with the Farewell song and a joyfull “Ad Mariam, Europa!” 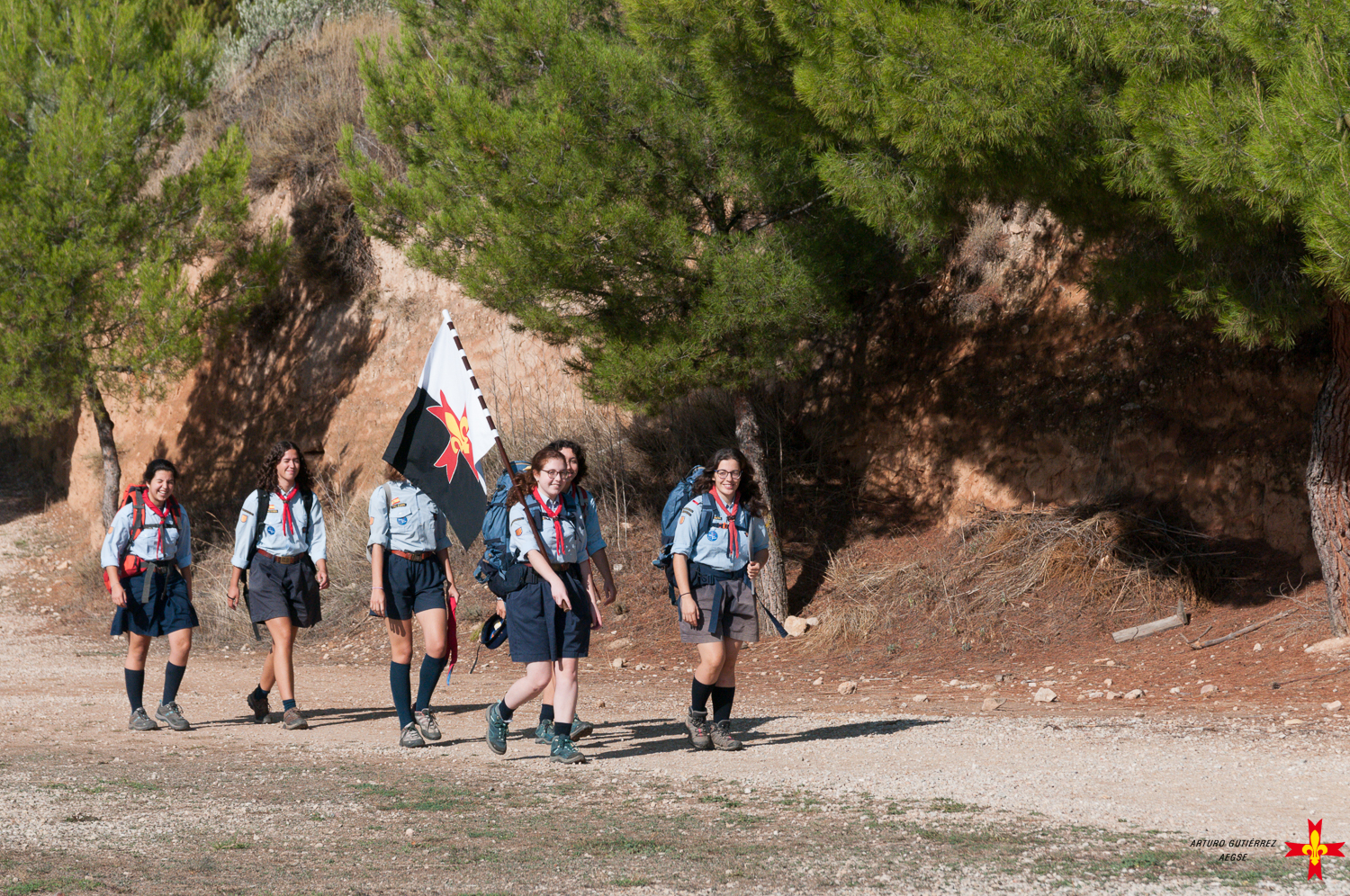 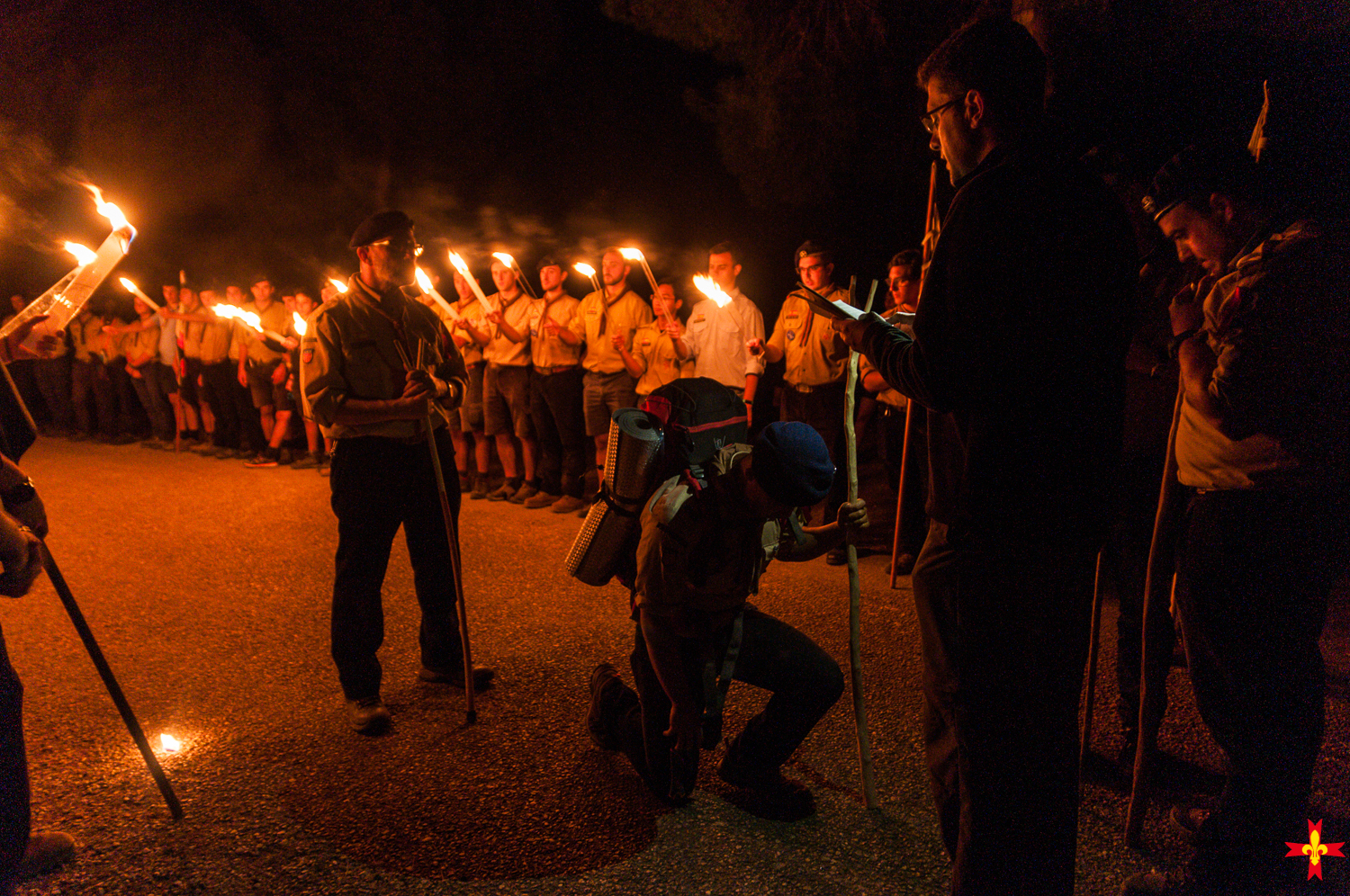 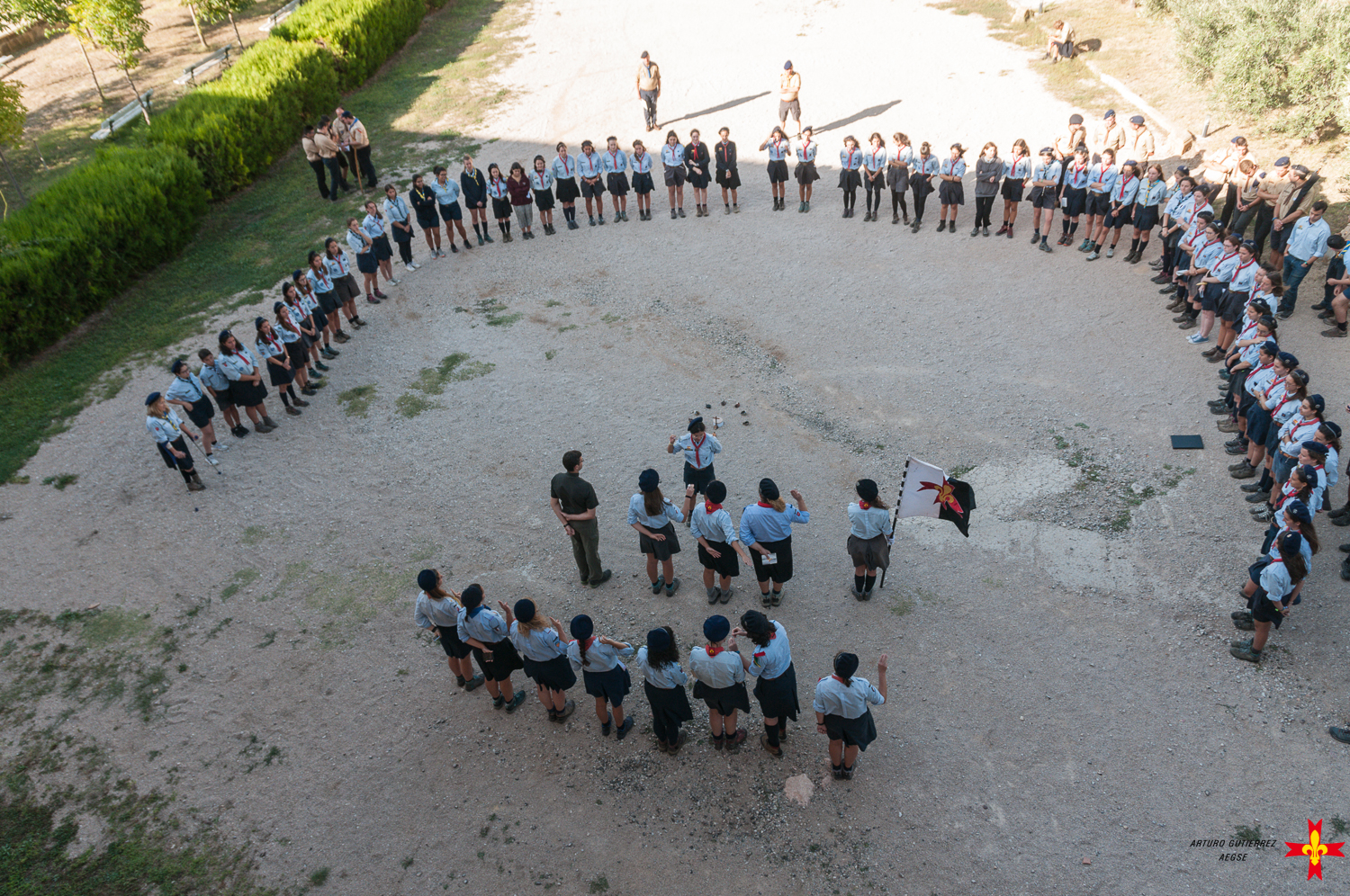