Euromoot is finished – the adventure continues! 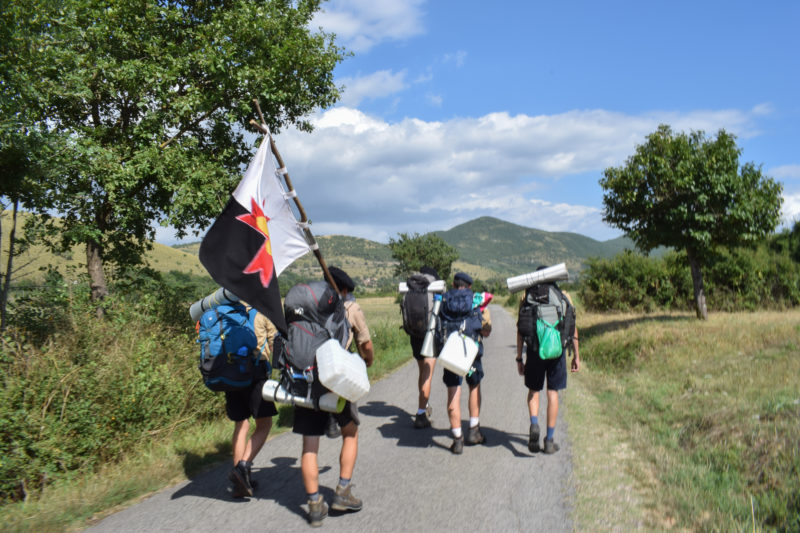 Euromoot 2019 concluded on Saturday August 3rd with an audience with the Holy Father and a Holy Mass in Saint Peter’s Basilica celebrated by Cardinal Angelo Bagnasco. The event brought to Rome more than five thousand young people from UIGSE-FSE from around twenty countries.

Find all articles, videos and photos of the Euromoot here!

“Do not forget: give, always in this way, going ahead; not with the desire to possess that always holds you back. “Give and it will be given to you”. It will be giving that fulfils your desire. I hope, dear guides and rovers of Europe, that you will clear the way for the path of giving.” said Pope Francis to the young people belonging to the International Union of Guides and Scouts of Europe who had walked towards Rome during one week. One of the most moving moments was when the young people spontaneously sang the song of the scout promise, each in his own language, at the end of Pope Francis’ address. This was like an answer to the words of the Holy Father.

“It will be giving that fulfills your desire. I hope, dear Guides and Scouts of Europe, that you will clear the way for the path of giving.”

In groups of 20 to 50 persons of 2 or 3 different nationalities, the rovers and rangers hiked along the historical paths of Umbria, Abruzzo, Tuscany and Lazio. They walked in the footsteps of great saints such as St. Paul, Saints Cyril and Methodius, St. Francis of Assisi, St. Benedict of Nursia or St. Catherine of Siena, saints who, apart from the fact that some of them are protectors of Europe, represent with their life an ideal example to follow, in the rediscovery of the Christian cultural legacy.

In the four meeting campsites near Rome, the Rovers and Rangers had the opportunity to discover the traditions and characteristics of each participating nation, listened to historical and spiritual conferences and, divided into thematic workshops, dedicated themselves to the learning of new skills, from singing to the value of the custody of the creation, and scout techniques of outdoor living. 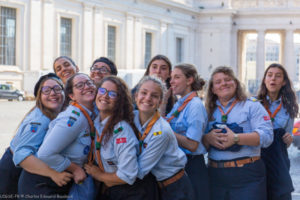 On August 3, 25 years after the audience of Scouts of Europe with St. John Paul II, all the participants, coming from the four final campsites near Rome, gathered in Rome in the Hall Paul VI for the audience with His Holiness Pope Francis. Afterwards, they moved into the Saint-Peter’s Basilica to attend the final Mass celebrated by His Eminence Cardinal Bagnasco. “You have the vigour of your youth, years full of dreams and hopes, of daring and of promises. But remember, the youth of the heart has no age: the years go by quickly, but youth must remain, even if veiled by the patina of wisdom that time gives to those who embrace it serenely. That is why we can say that John’s words are good for all of us, for our young hearts” explained the Cardinal Archbishop of Genoa to the young people present in the Basilica, recalling the motto of Euromoot 2019 “Parate viam domini”. The answer to the words of Saint John the Baptist arising from the tomb of Peter are the martyrs and saints, women and men who gave their lives for Jesus, thousands of saints who prepared the ways of God. Sacrifice is the other name of love and joy is trusting Jesus, reiterated the cardinal; faith is not a set of emotions or good feelings, Christian life means living in relation with Christ. The saints have understood that the most important thing about existence is not to be important but to be useful and that freedom is not doing what you want, but choosing the good and the truth.