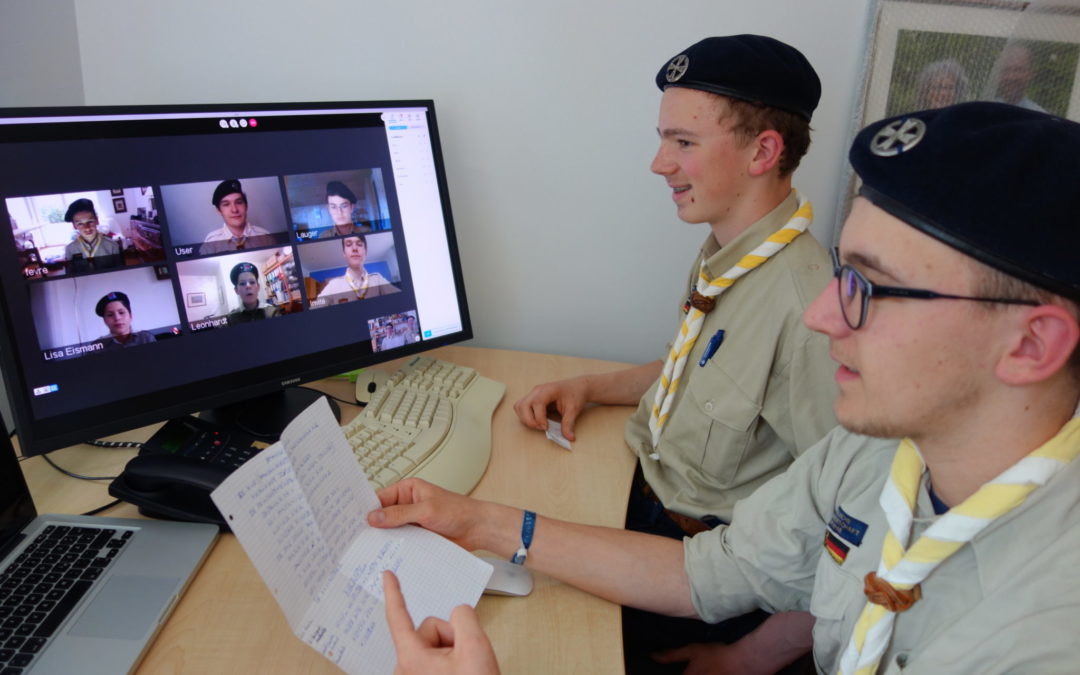 Scouting is doing – according to this motto we, the Condor and Lion patrols from the Forchheim troop, would have liked to continue our eventful patrol meetings. But since the lockdown, it was once again clear that we had to look for new means to stay in contact. By support of our troop chief we found a suitable virtual meeting room, in which we could hold our patrol meetings. We were able to adopt a lot of our usual program into the video conference: common prayer, law & principles and some scout techniques. Without any problems, everybody could present a prepared topic – from building instructions for huge camp installations or their decorations to the simple but important repetition of the action posts within the patrols and their areas of responsibility. Here one had to practice once again the discipline of letting only one person speak at a time. 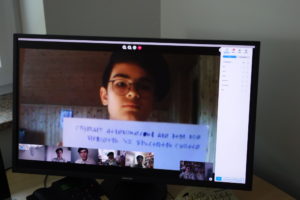 Of course, the usual scout games were not possible, but instead, we developed a secret cryptograph for our troop! Our new meetings were also sometimes joined by Father Markus, who gave us catechesis. In moments when the technology failed and no sound could be transmitted, we had to practice Morse code. We also took time for simple talks and laughter, until the long sitting became exhausting and everyone rushed outside after the final prayer.