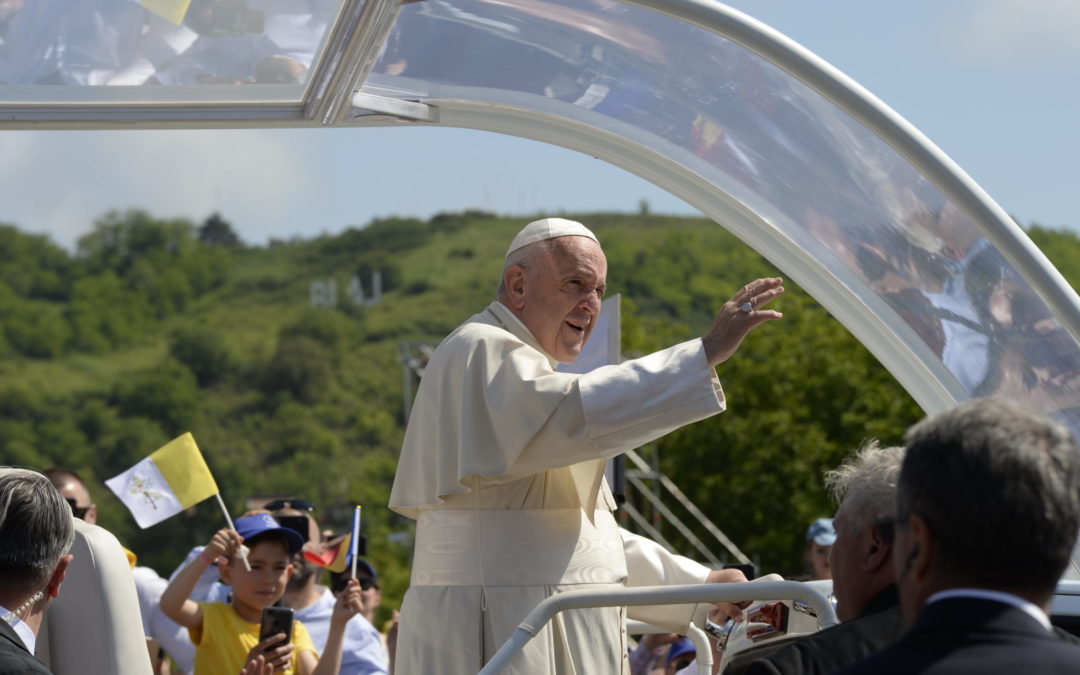 36 Romanian Guides and Scouts of Europe volunteered in Blaj (Romania, Transylvania) under the coordination of the organisers of Pope Francis’ visit. There were three days of intense labour between May 31 – June 2, filled with the joy of meeting scouts of six different groups from all over the country and with brothers and sisters from other scout associations. In this way, the volunteers answered to the Pope visit’s motto, “Let’s walk together”, with the idea of working together. 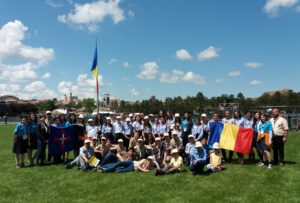 The Romanian FSE scouts mainly contributed to organising the events in Blaj, with the participation of more than 50,000 faithful, the Liturgy and the beatification of seven Romanian Greek-Catholic bishops killed during the communist persecution. The culminating moment of the Holy Father’s visit in Romania, the beatification of the seven Romanian martyrs, captured many of the scout volunteers in different points in which they were assigned to work – at the access gates, in the protocol area or distributing food and water. However, they enjoyed the fact that the pilgrims they served and other dozens of their young scout brothers and guide sisters who couldn’t be volunteers, fully lived the moments of beatification.

The Romanian FSE scouts were also particularly happy that Diana and Octavian – a brownie and a scout of the “Blessed Vasile Aftenie” Group in Bucharest, the great-grandchildren of a Romanian patriot who survived Soviet Gulag and a notorious Romanian communist extermination prison, were the teens who welcomed Pope Francis at his landing at Otopeni airport in Bucharest. 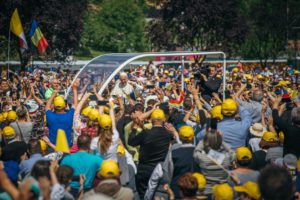 Among those who participated as volunteers in Blaj were the President of the Association, Sorin Opriș, the two General Commissioners, Mihai Zanfir and Lucia Trandafir, the National Secretary, Alin Bărbatu and the Group Leader Valeriu Domuţa. Other scout leaders couldn’t travel to Blaj, having to comment for the public and private TV the events in Blaj. The next morning, on Monday, June 3, 25 volunteers were at their classes, being high school students, and another 5 students were preparing for the exam session. We are grateful for their devotion and service, for showing that they are always ready to serve.

One week later, the Romanian FSE scouts took part in the procession with the relics of the Blessed Vasile Aftenie, killed in 1950, a former scout himself, one of the seven bishops beatified by Pope Francis.

Only two months before, at the common General Assembly that took place in Blaj, the Romanian FSE Association and the greek-catholic Romanian United Scouts Association, sharing the same pedagogy, decided to „walk together”, following the motto of Pope Francis’ visit that was going to take place. The Groups from the Greek-Catholic Association were integrated in the Romanian FSE branch and a new Guide General Commissioner, Lucia Trandafir, was chosen from this Association to support Mihai Zanfir, the Scout General Commissioner. We had the support of the FSE representatives Bruno Borde, Federal Commissioner, and Uwe Richardt, as well as the blessings of the greek-catholic bishops Mihai Frăţilă of Bucharest and Claudiu Pop from Blaj. 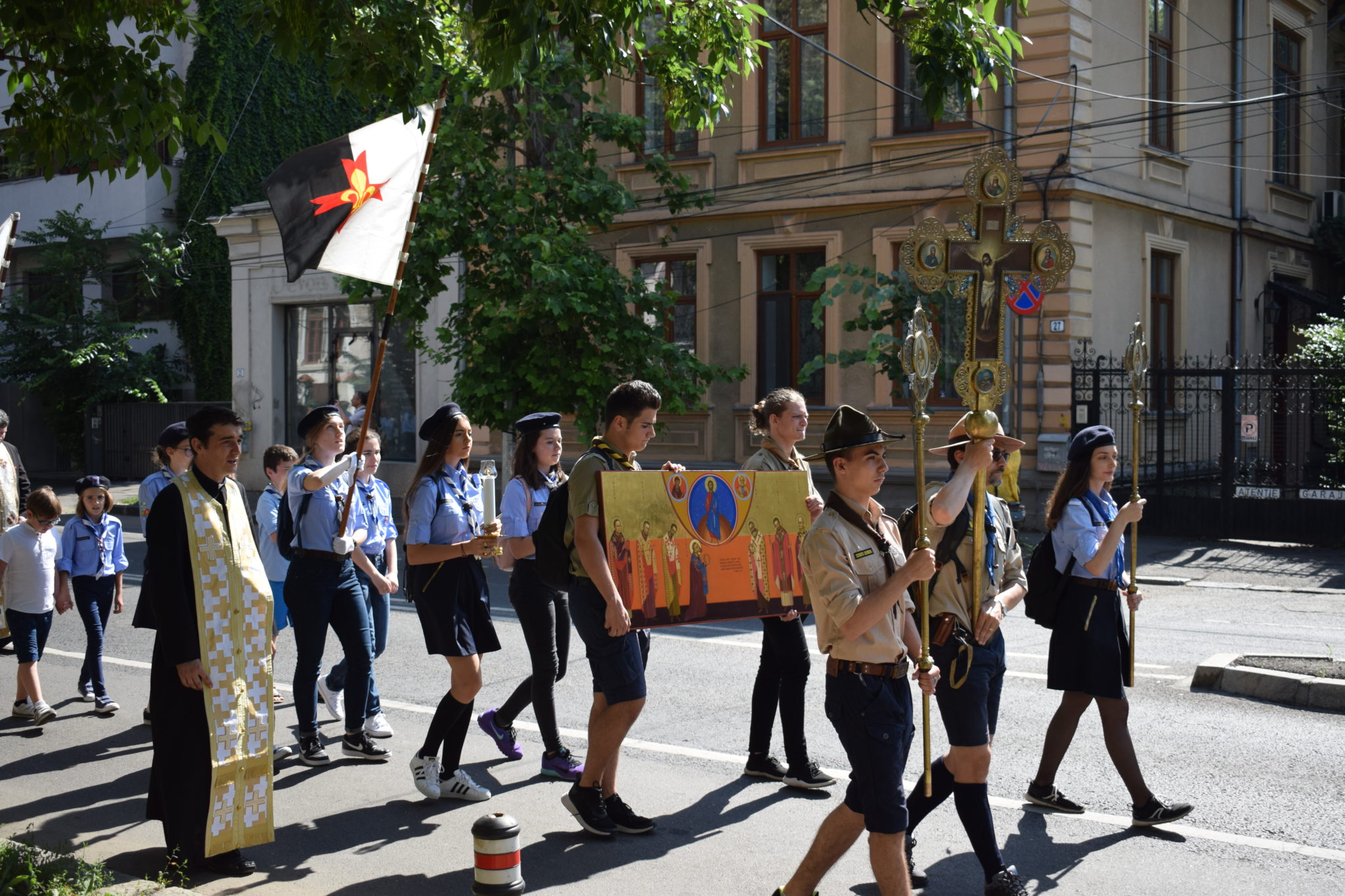 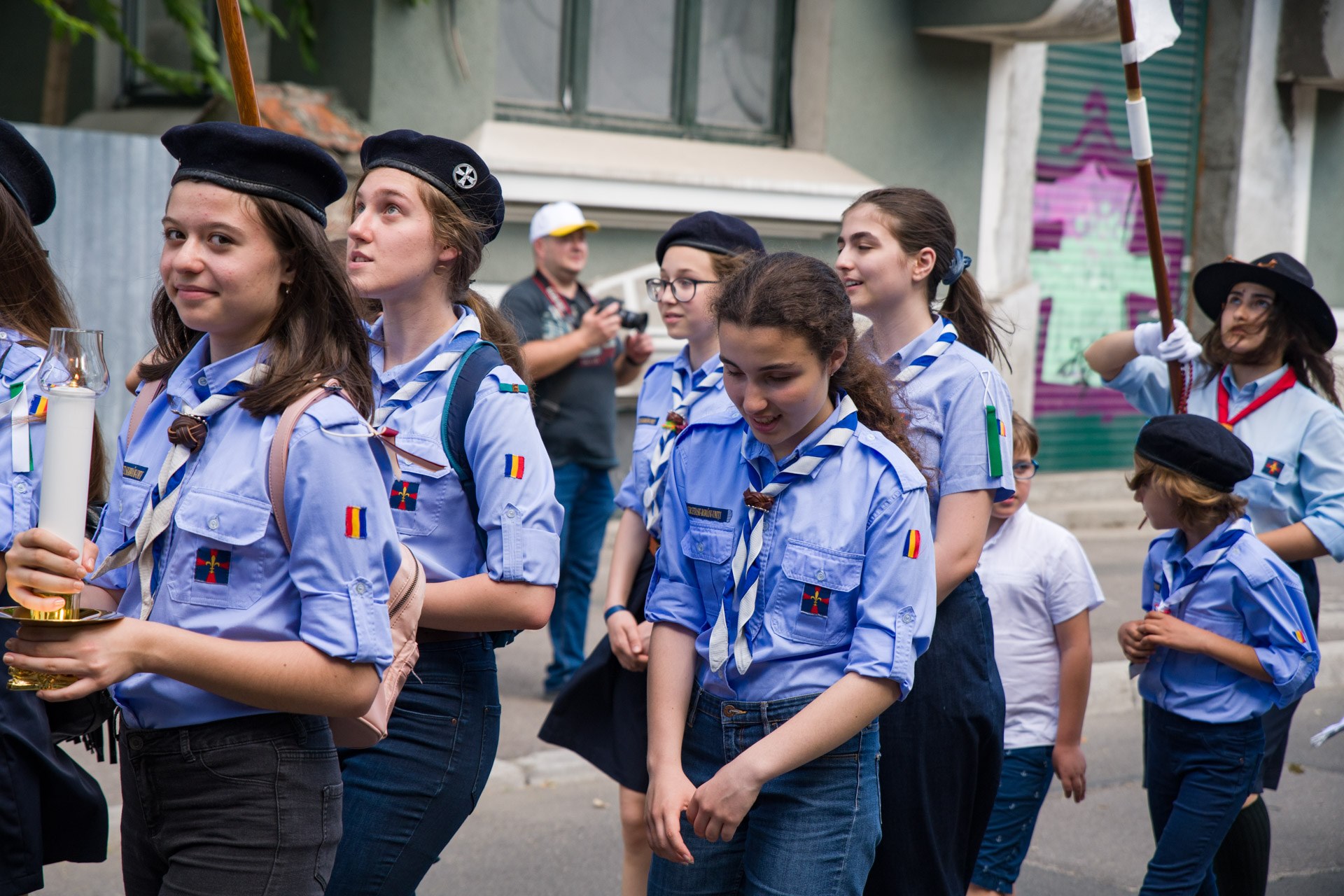 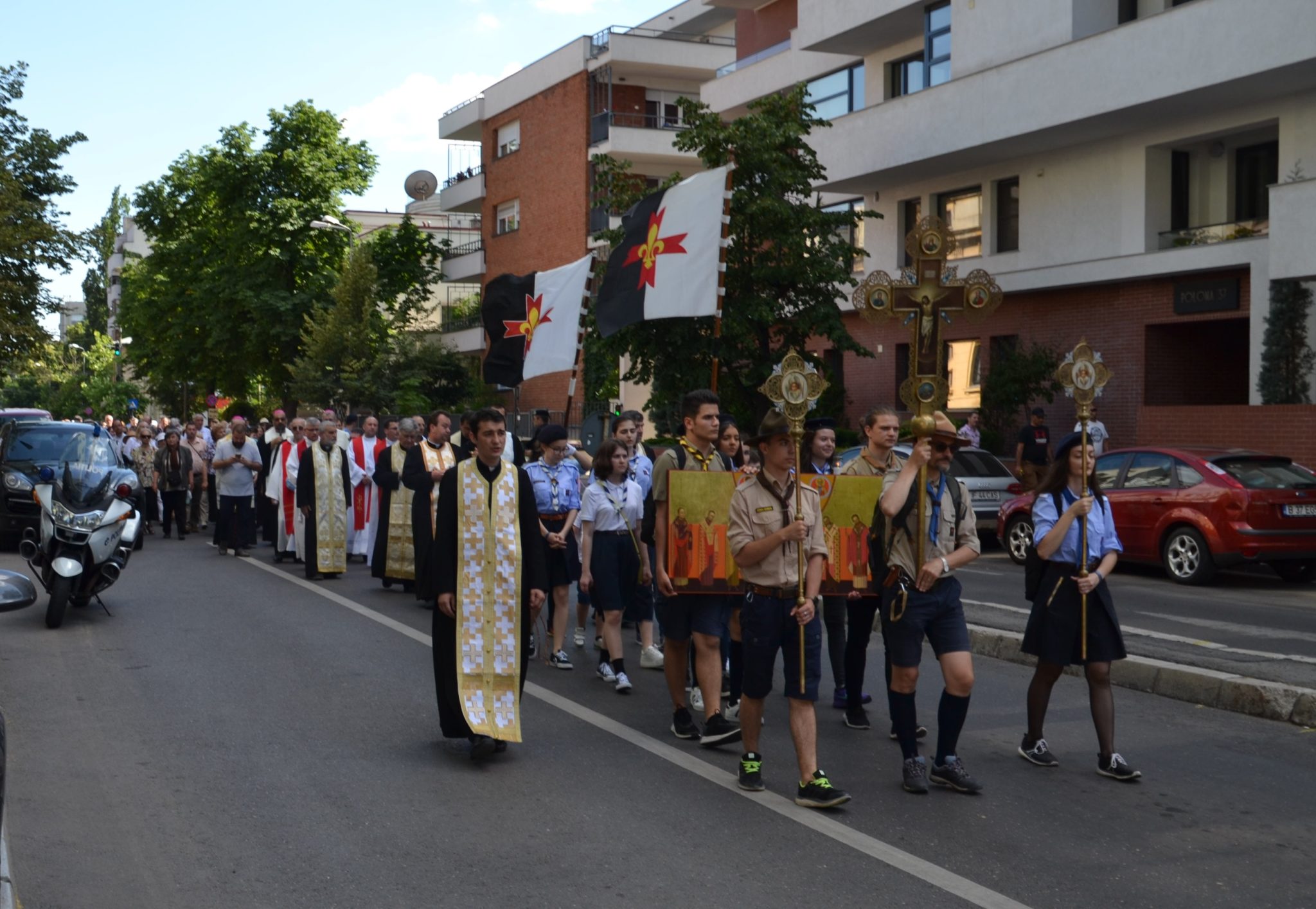 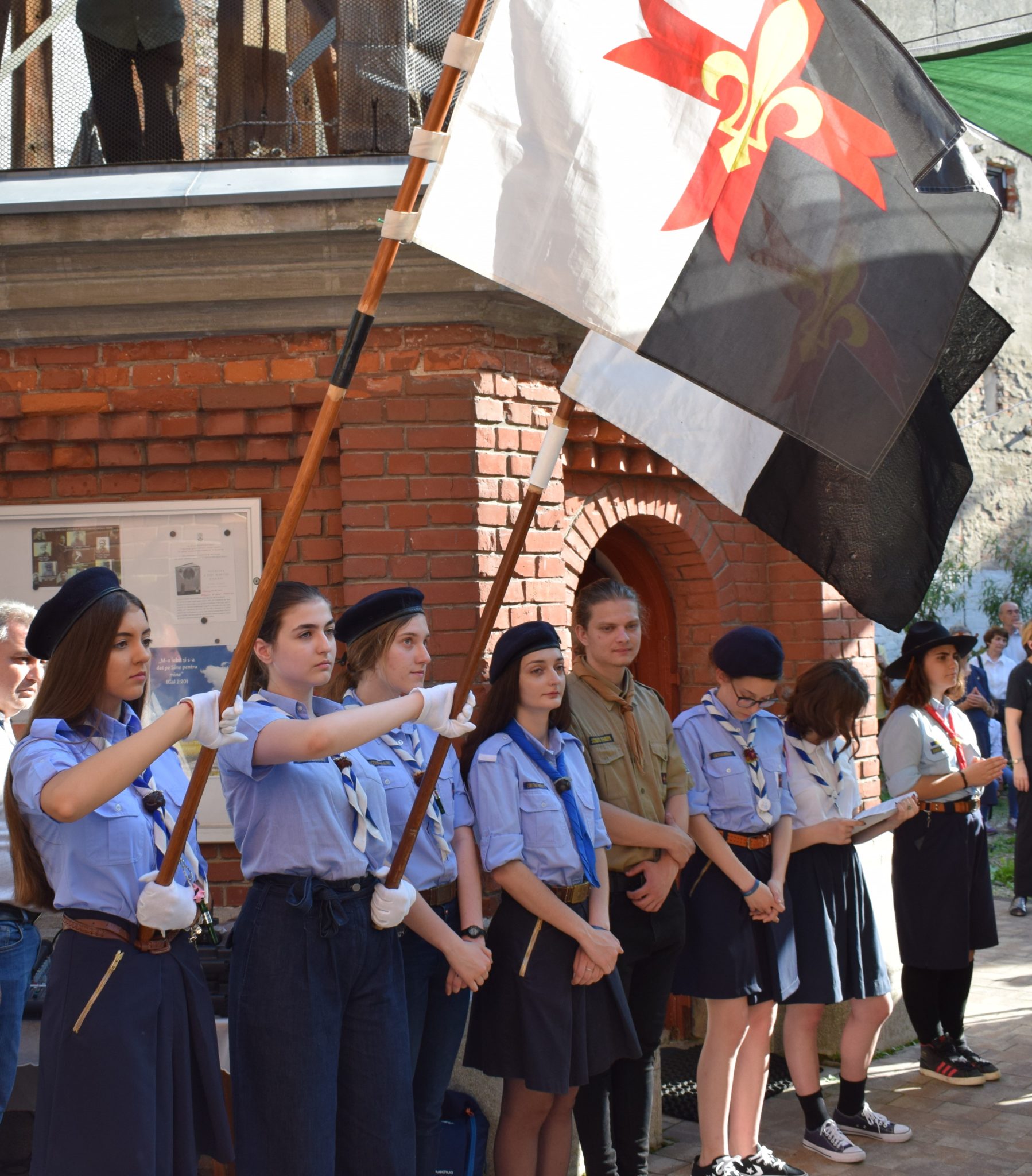 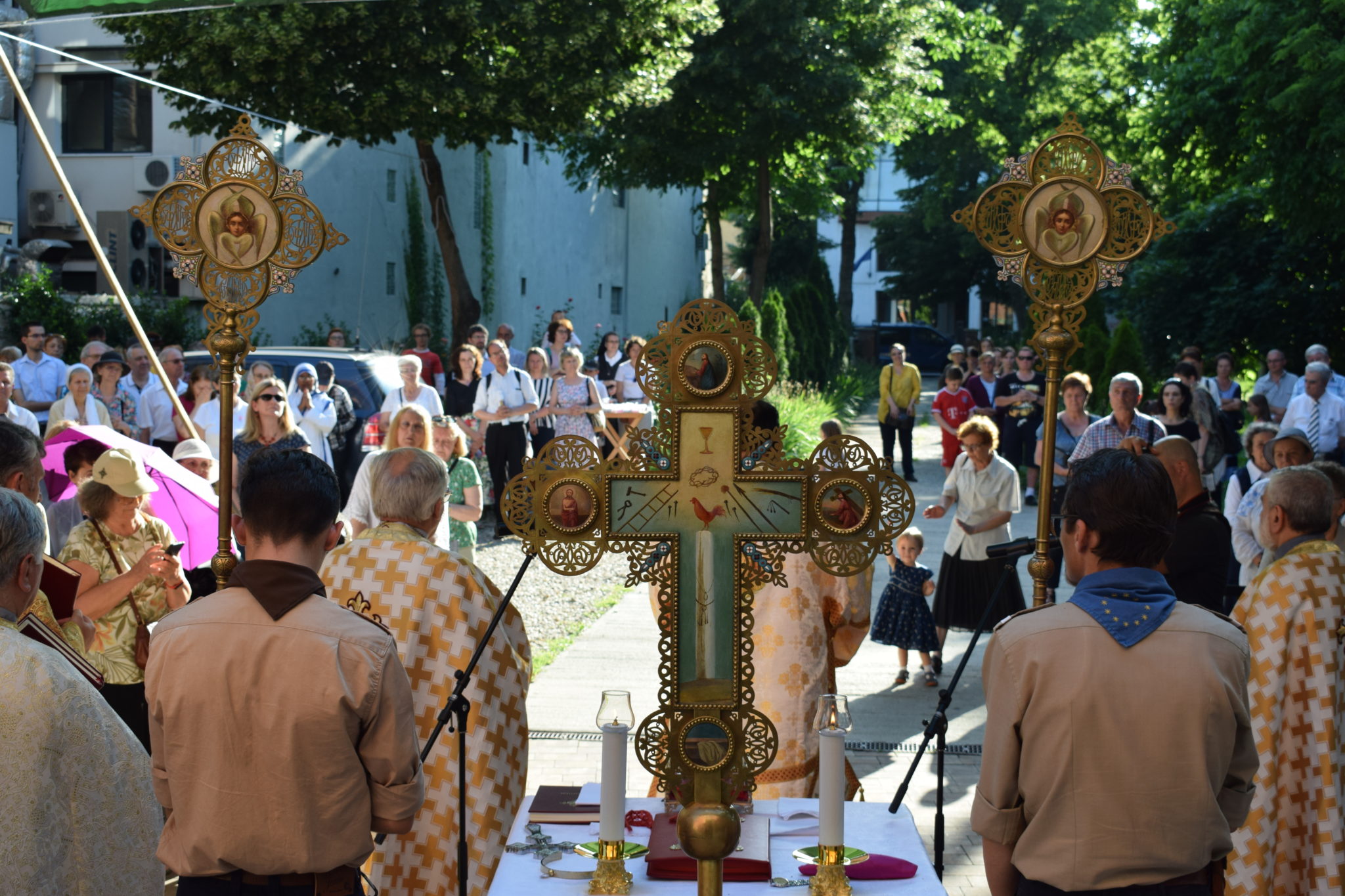 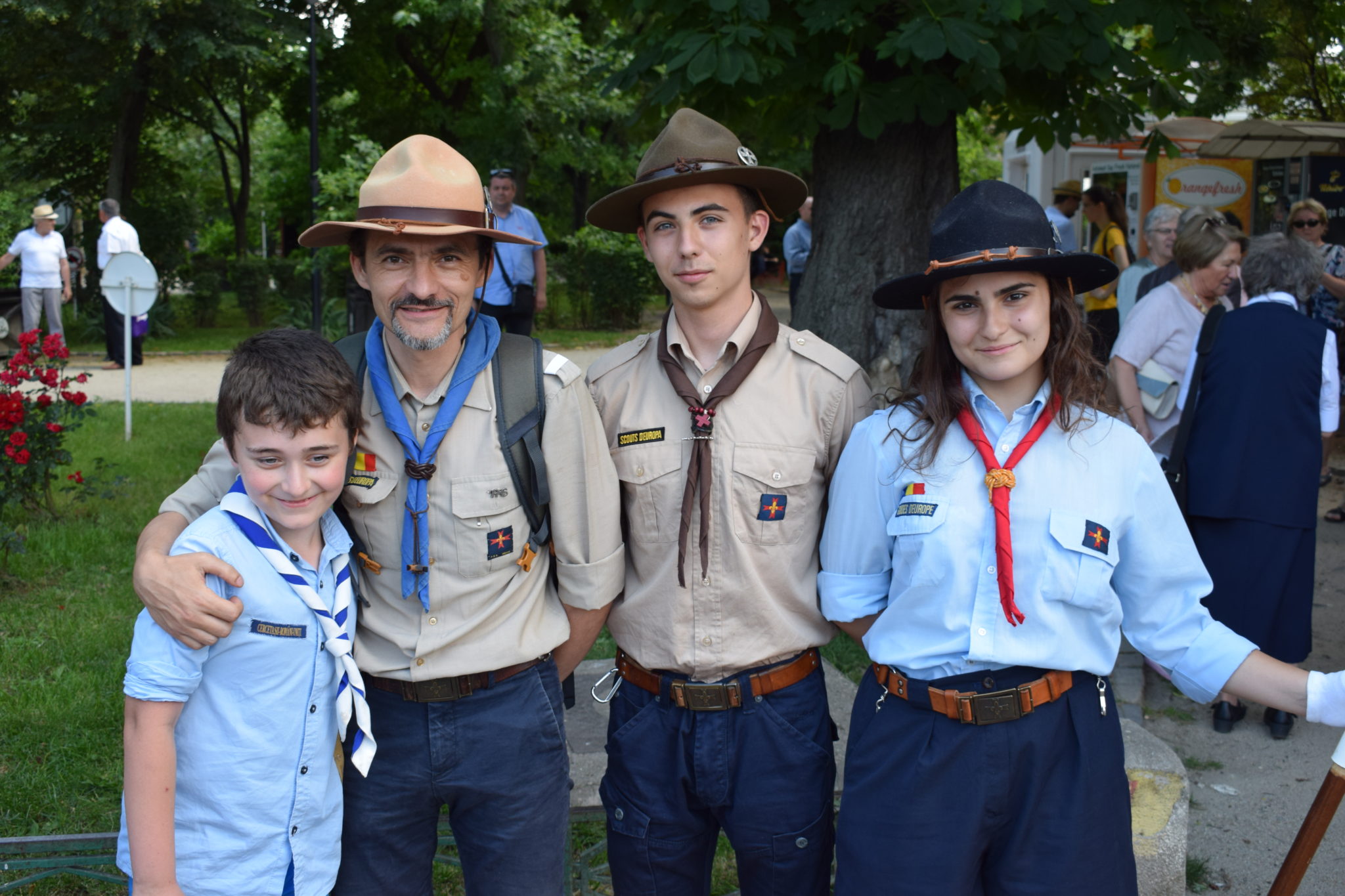 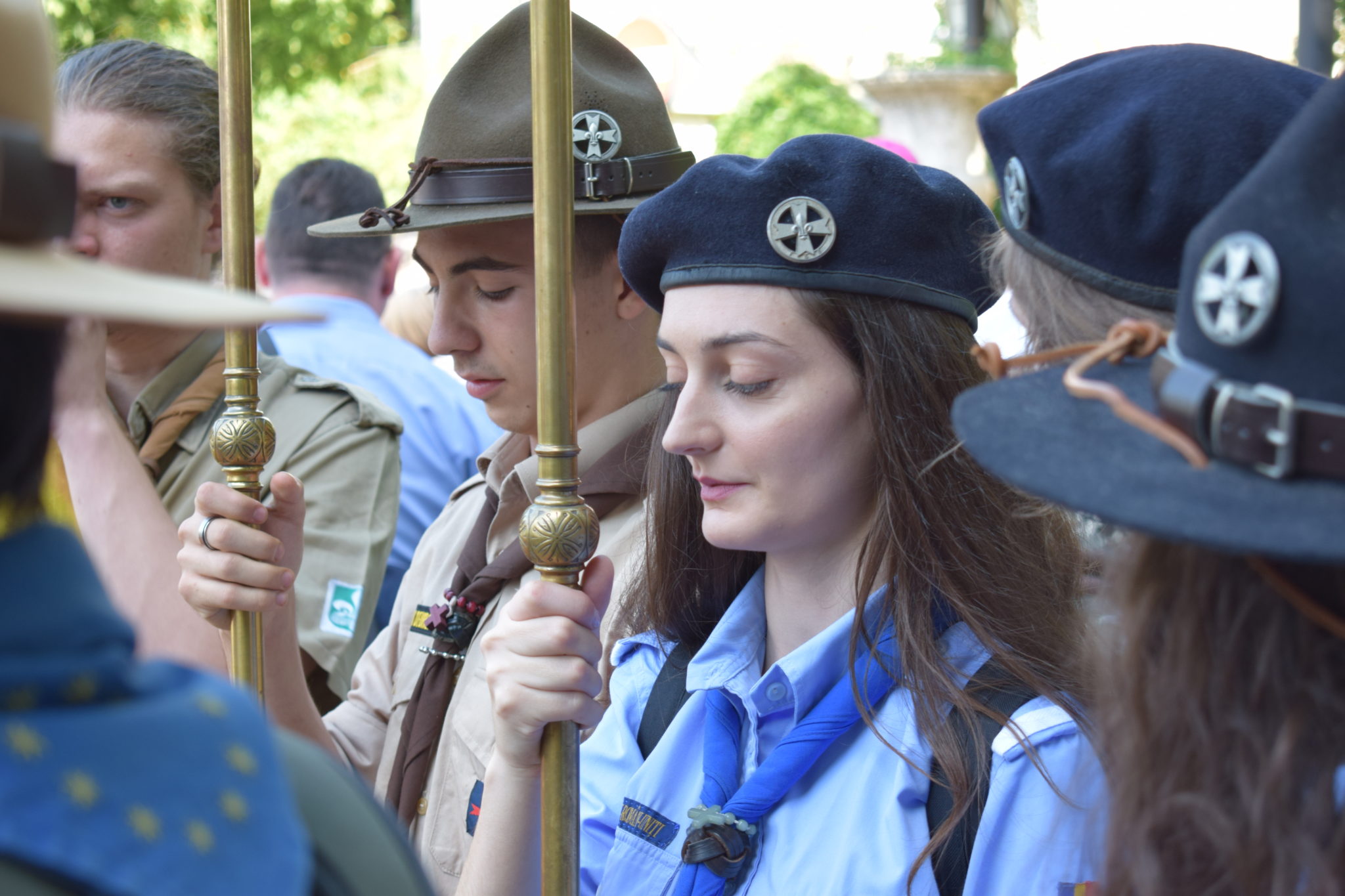 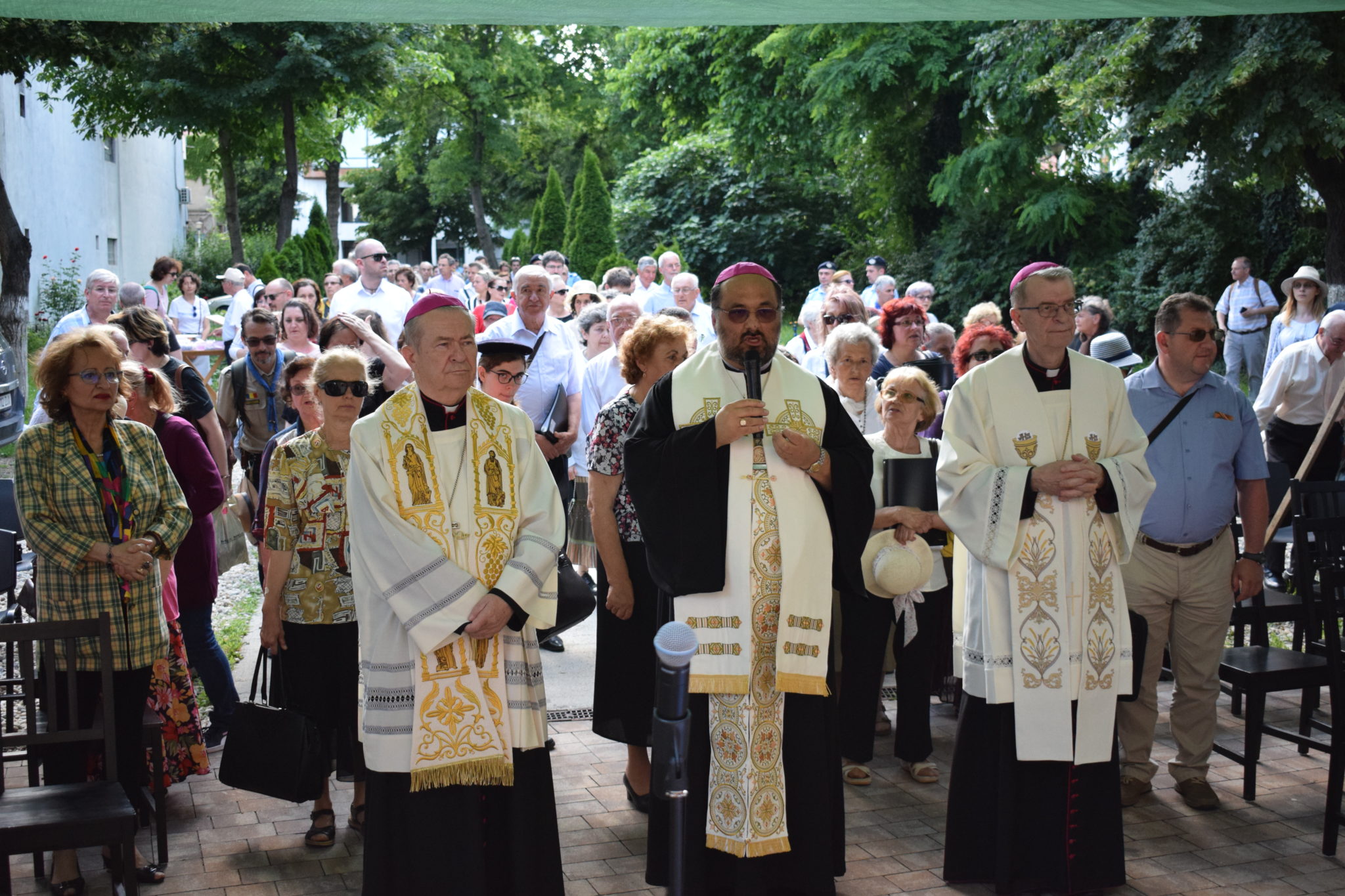 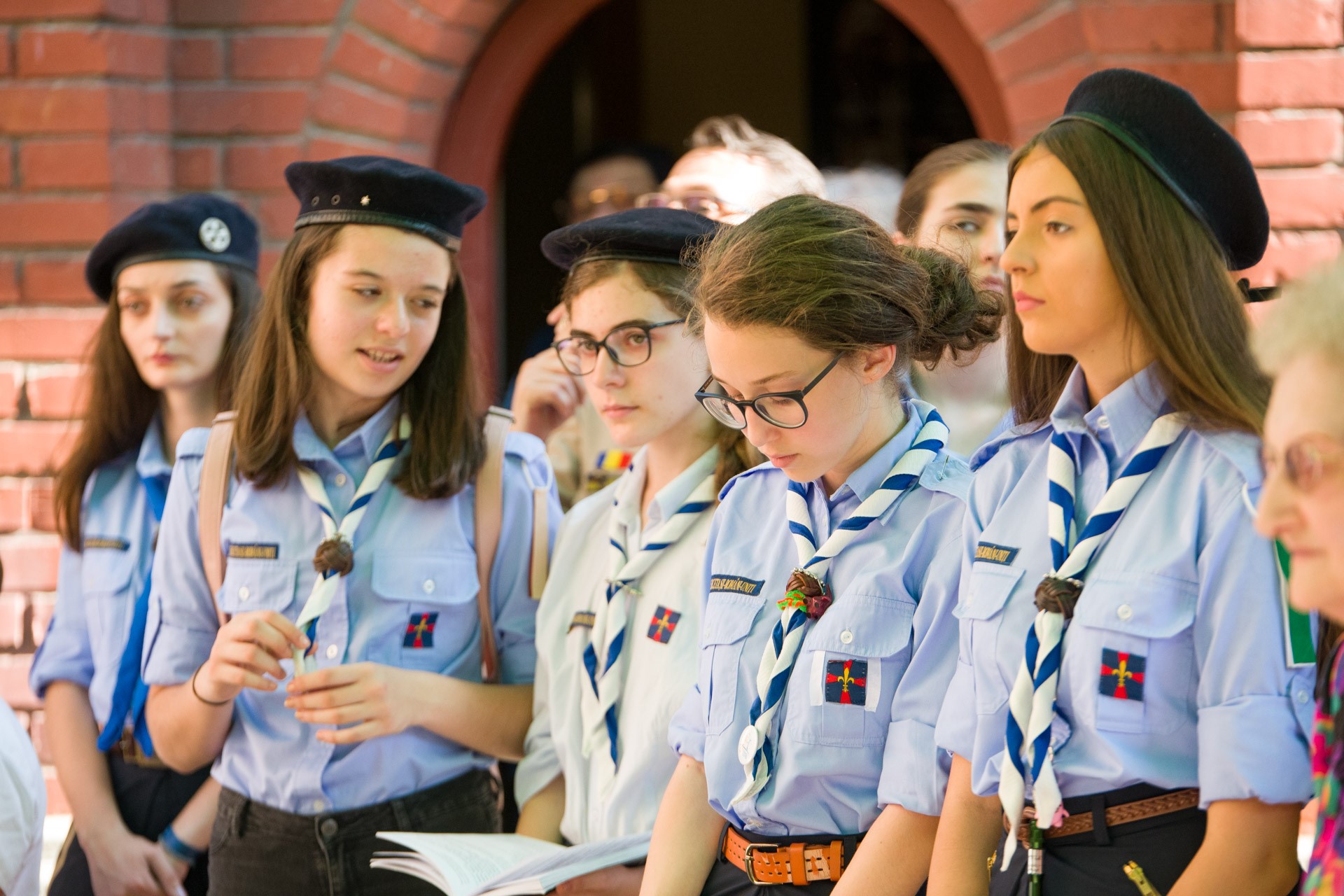 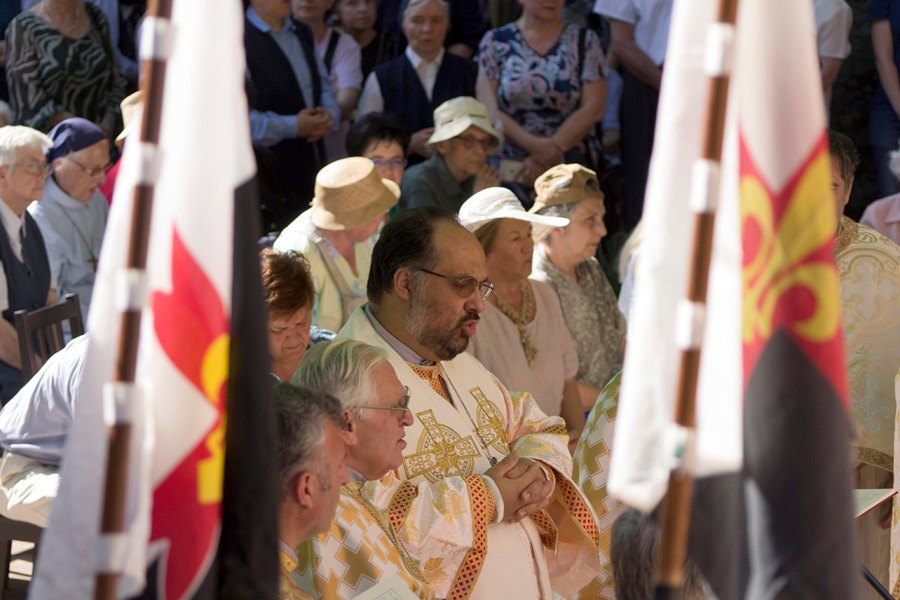 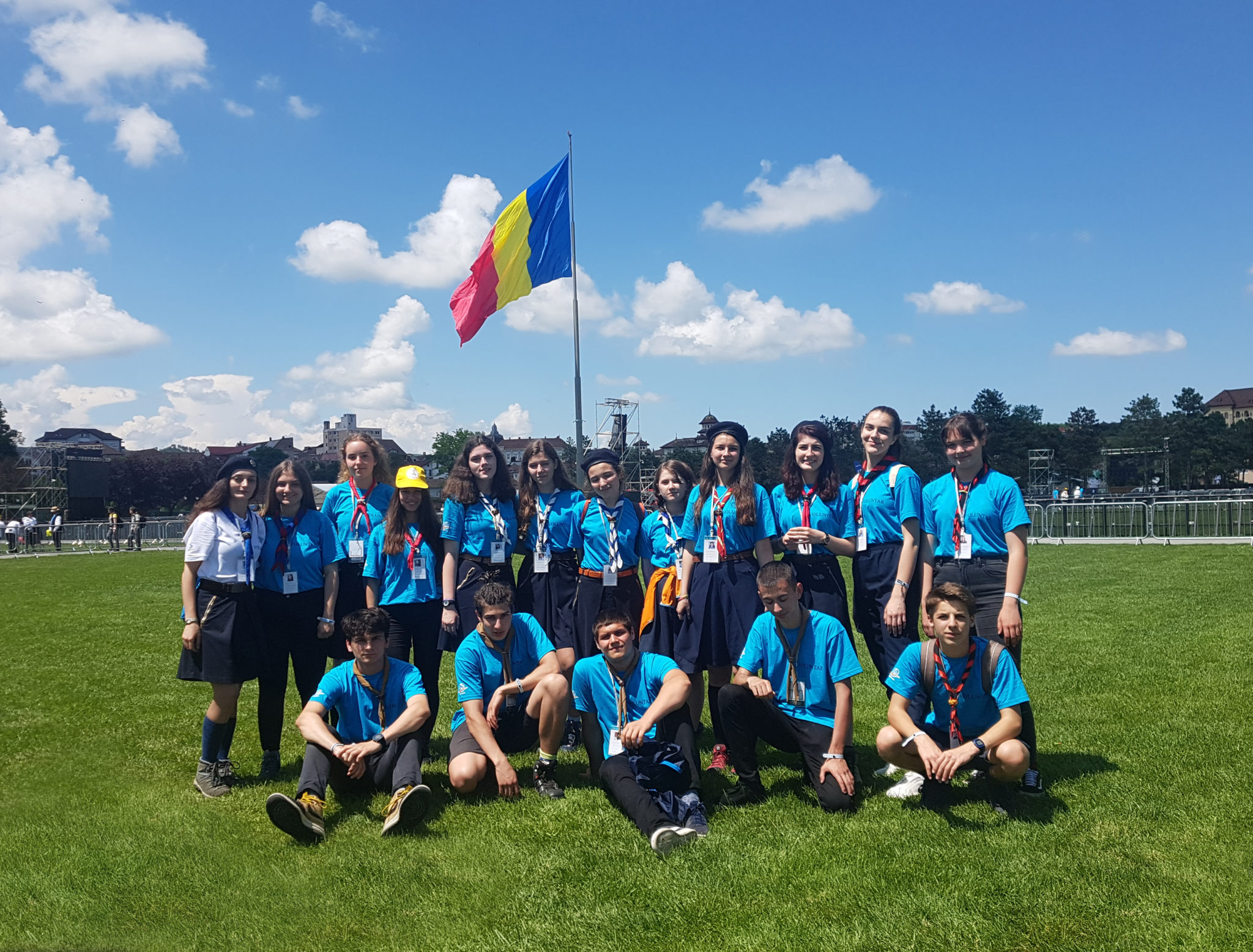 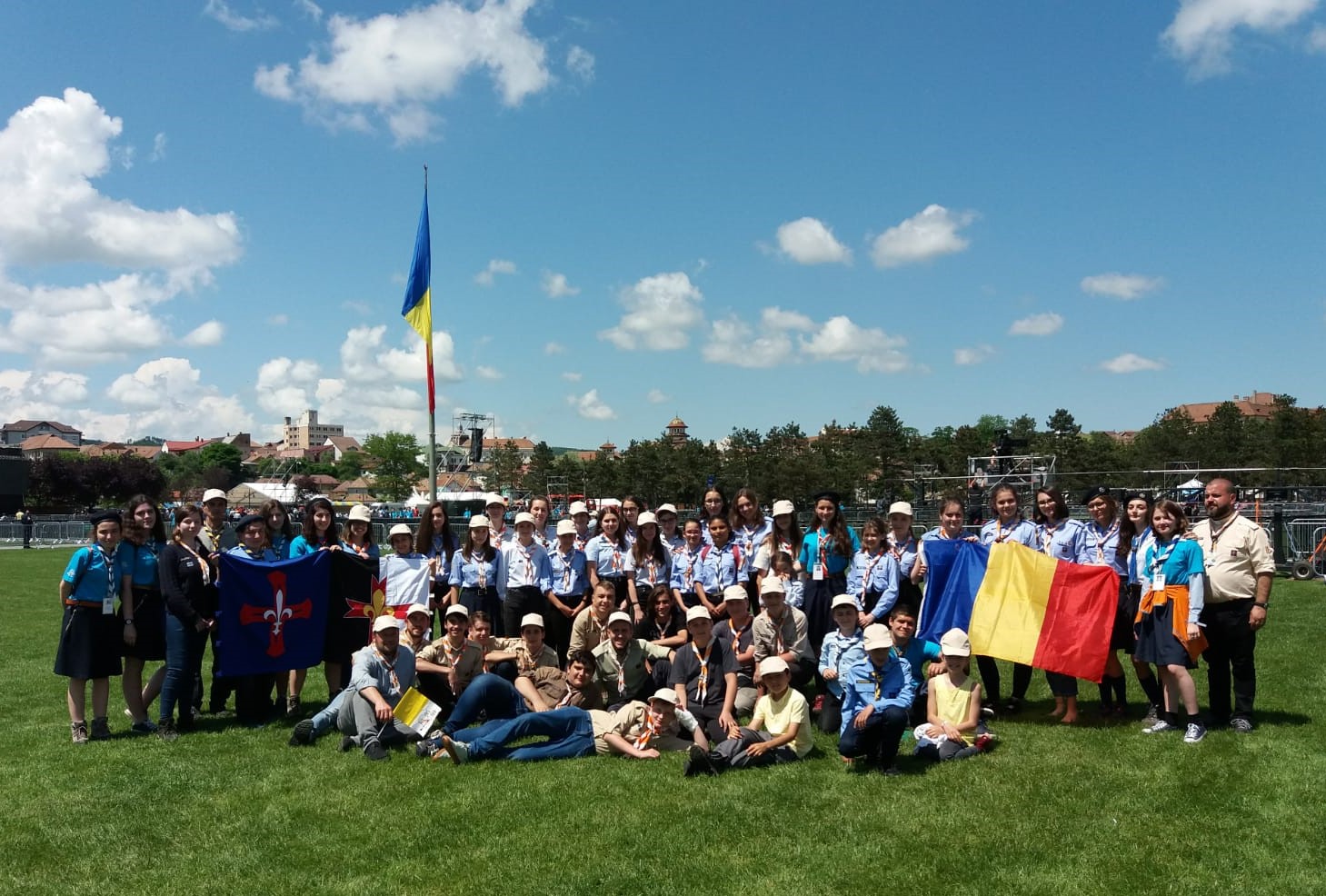 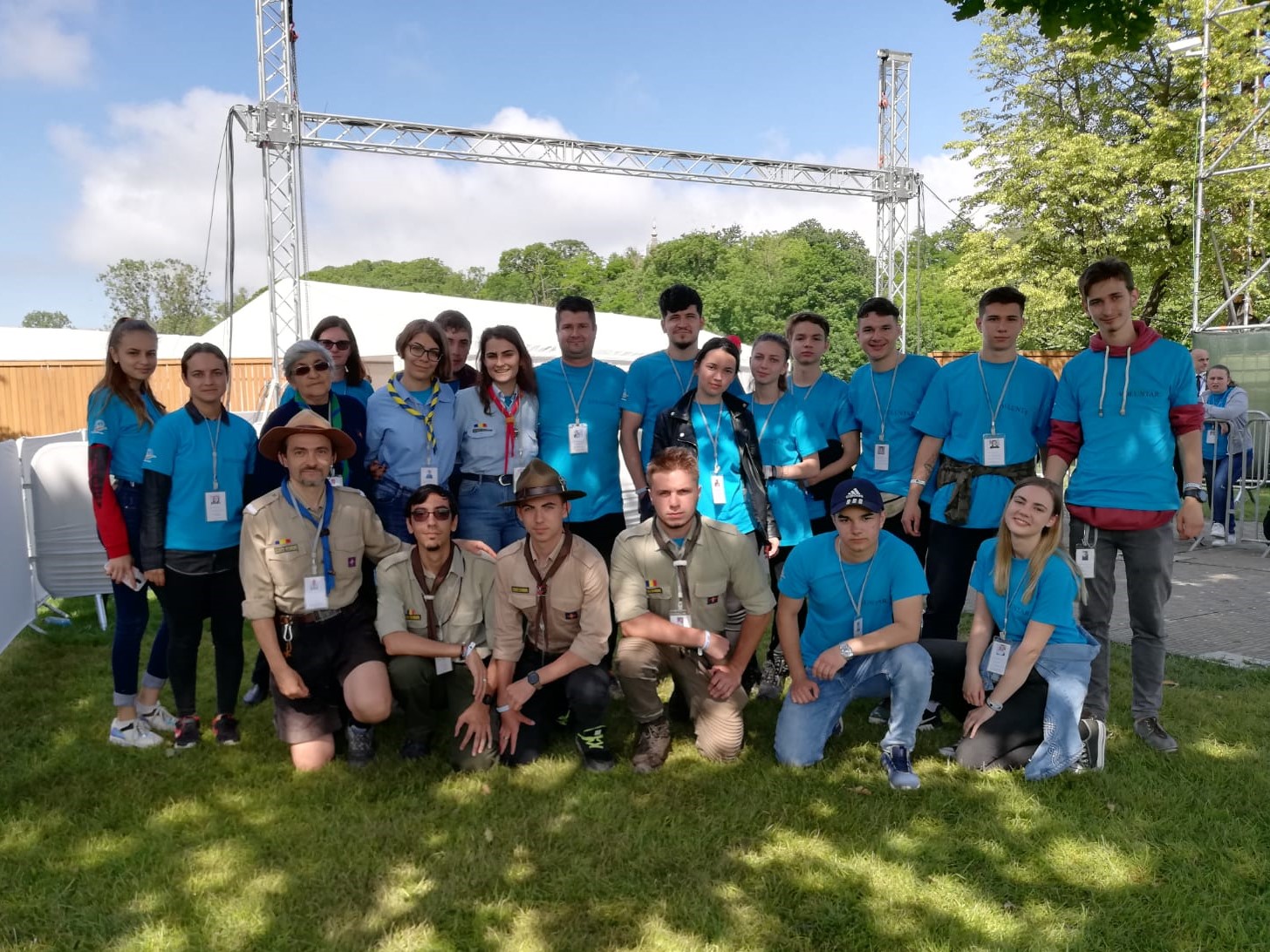 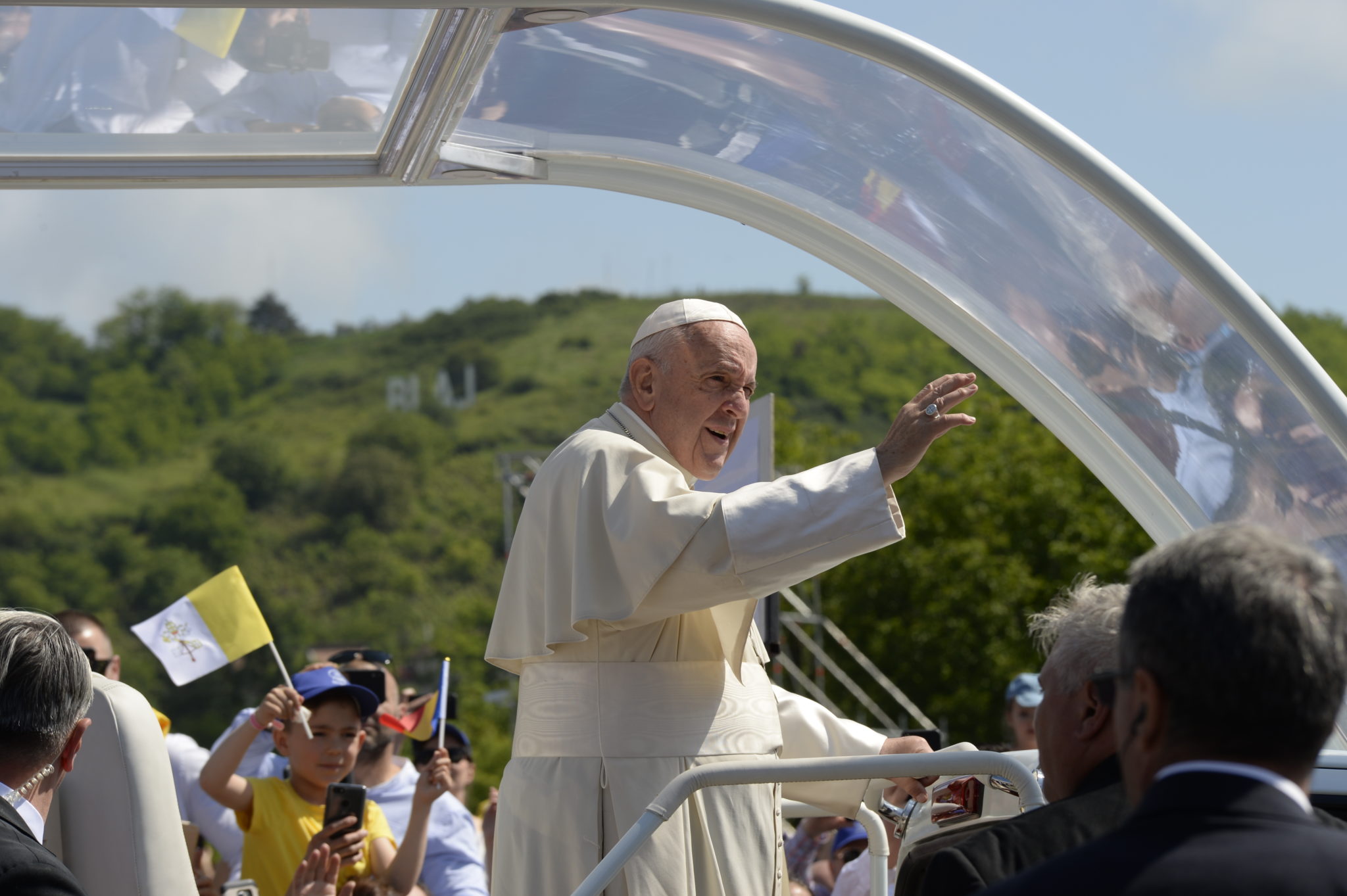 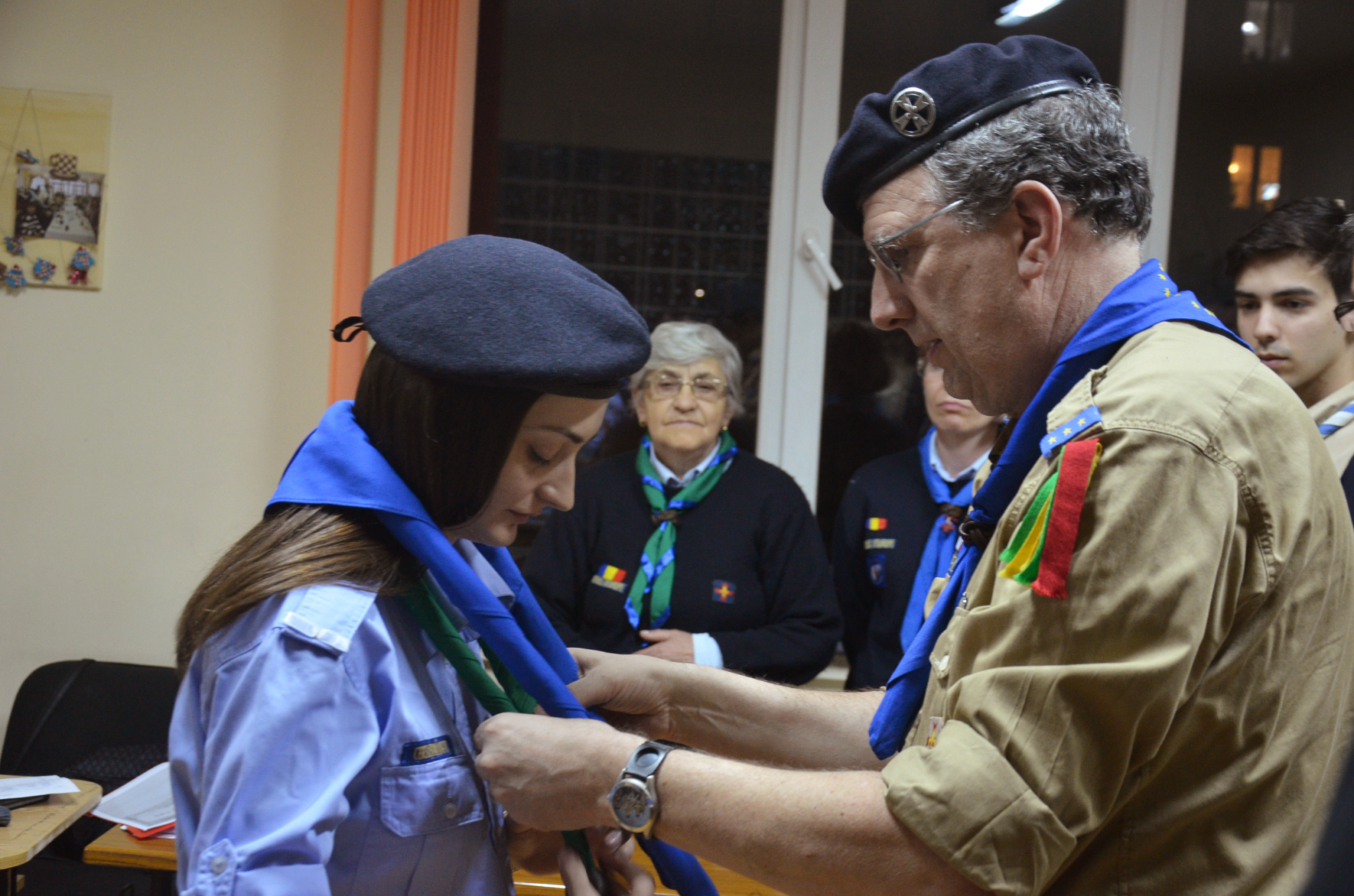